Since devolution in 1999, the Welsh Government has developed a distinctive programme of education reform which needs to be underpinned by a strong evidence base. However, while the need for research on education has increased, there have been ongoing concerns about declines in the volume and quality of educational research being undertaken in Wales – evidenced by successive research assessment exercises.

We all realise, though, that for a variety of reasons, research assessment exercises do not always provide an accurate picture. In order to evaluate the scale of research in Wales and to provide some insights into why there is such an apparently low level of research activity in Welsh universities, WISERD Education undertook a survey of academics working in the field. The results of the survey show while the situation may not be as bleak as feared, there are major causes of concern.

Self-reported levels of activity indicate that there are significant amounts of research going on in Wales that fall ‘under the radar’ of research assessment activities. Only five percent of respondents claimed to be not engaged with research at all. The majority of respondents undertake research with their students and partner schools and almost half reported that they wrote and published for academic audiences.

There also appears to be a relatively high level of grant-seeking for research, with around 40 percent of respondents reporting that they had received external funding for research. Funding applications were most commonly made to the Welsh Government, but over one in ten had sought funding from the Economic and Social Research Council.

There is also evidence of a strong commitment to research. The overwhelming majority (90 percent) felt that research activity was important for improving the quality of teacher education and most (79 percent) would like to be more research active than they currently are.

However, the survey also revealed that academic staff in the field of education in Wales face significant barriers in developing their research activities. The barriers most commonly cited include heavy teaching and administrative loads, as well as lack of confidence and experience.

It is evident that there are low levels of time allocated to research. Over one quarter of respondents were on ‘teaching and scholarship’ pathways, where there is no formal allocation of time for research. But even amongst those respondents with a designated research remit, only 16 percent reported having an allocation of more than one day per week, and nearly one quarter claimed that they had no time set aside of research, despite this being part of their contract.

In terms of confidence and experience, there appears to be relatively low levels of specialist research expertise. For 80 percent of respondents, working in higher education was their second career. And while the majority held some form of post-graduate qualification, and 40 percent had a PhD, these qualifications were not necessarily in fields that would have contributed to the development of research skills. While the majority had received continuing professional development, very little of this related to research training.

There also appears to be relatively limited levels of institutional support for research. While the overwhelming majority (86 percent) reported that their university encouraged them to be research active, the levels of investment seem quite low. While there was funding for conferences, 40 percent of respondents reported that there were no other funds to support them. Over two thirds (70 percent) reported that they were not able to take study leave, and one third (33 percent) indicated that there was no provision for research mentoring. Qualitative data indicate that many respondents feel that research is not a priority for their institution.

This research indicates that there is still an active education research community in Wales, despite its lack of visibility in research assessment exercises. While this might suggest that the situation in Wales may not be as bad as some have feared, it does not mean there are not real grounds for concern. The current level of research activity appears to be very precarious. There are serious challenges to be confronted in terms of institutional priorities and levels of expertise and experience. We conclude that these issues need to be addressed if universities in Wales are to contribute to the development of the Welsh education system.

We are grateful to HEFCW (Higher Education Funding Council for Wales) for the funding which made this survey, and the other activities associated with WISERD Education, possible. 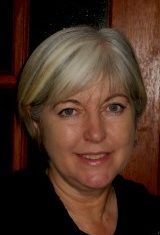 Wales and the politics of education