On the 5th May 2016, the people of Wales went to the polls to elect members of the National Assembly – to which all matters of education policy in the country are devolved. The outcome of the election was largely predicted. Labour lost one Assembly Minister (AM), which meant that it fell two short of an overall majority and Plaid Cymru gained one seat to become the second largest party. In the aftermath, much was made of the election of seven members of UKIP – with some even saying that this showed that Wales was more racist and nationalist than England. Such claims, though, are usually based on a misunderstanding of the electoral system in Wales, where a form of proportional representation is used. UKIP would have won no seats at all in Wales under a ‘first past the post’ system.  After a series of negotiations between Labour and Plaid, a Labour minority administration has now been formed – with Carwyn Jones returned as First Minister and, somewhat unexpectedly, Kirsty Williams, the only remaining Welsh Liberal Democrat AM, appointed to his cabinet as Education Secretary.

It is too early to say whether this appointment will lead to any significant new directions in Welsh education, but, whatever the outcome, it is to be hoped that those interested in education policies will develop greater understanding of what is going on in Wales than has been evident in the last few years. I have argued elsewhere (Power 2016) that it is possible to argue that Wales has been subject to serious misrecognition – and particularly since 2010 with the return of the Conservatives to power in Whitehall. Wales’ education policy is based on very different principles from those which underpin English policy – as the table below shows:

Perhaps it is not surprising then that Conservative politicians launched a campaign against a neighbouring Labour-controlled administration. Michael Gove, in particular, spearheaded what was seen as a ‘War on Wales’, warning voters in England that ‘you need only look over the Severn to see a country going backwards.’

What is more surprising is the lack of engagement from the education research community in the debate and analysis. In general, there has been a tendency amongst education researchers to either overlook what is going on in Wales or to assume that there must be some truth in these criticisms. There are, of course, serious challenges facing the education system in Wales, but as more measured analyses have shown (eg Rees and Taylor 2014), the basis upon which many of the England-Wales comparisons are made are seriously flawed and do not take into account different levels of resourcing, levels of scale, assessment regimes and educational aims. More robust data available from the Millennium Cohort Study reveal a complex picture of differentiation across England, Scotland and Wales. For example, while children in England have made greater gains in literacy, this is not the case in numeracy, and poor children in Wales and Scotland report greater levels of wellbeing (Taylor et al 2013).

I want to persuade education researchers in England to give Wales – and the other small home nations – a more central role in policy analysis. Wales, like Scotland and Northern Ireland, has been subjected to the ‘peripheralisation of Britain’ (Lovering 1991) and needs to be brought in from the margins to mainstream analysis. Such a repositioning will highlight the very political dimensions of education more generally and the extent to which developments in any one context need to be understood relationally. This will be of benefit not only to those of us on the ‘periphery’ but to those seeking to understand better the legitimation of the politically dominant.

Rees, G. & Taylor, C. (2014). Is there a ‘crisis’ in Welsh education? A review of the evidence. London: Honourable Society of Cymmrodorion. 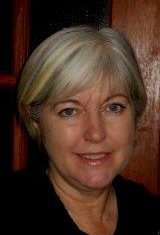 Professor Sally Power is the Director of WISERD Education, and Co-Director of WISERD. She is based at Cardiff University. Her research interests focus on the relationship between education and inequality, and particularly social class differentiation, as well as the relative success and failure of education policies designed to promote greater equality of opportunity.

Educational research in Welsh HEIs: a ‘state of the nation’ survey