Everything changes. Nothing could be more true; nothing could be more relevant to the field of education today. And yet whilst the educational landscape seems to change by the attosecond, never has the phrase plus ça change, plus c’est la même been more relevant to those working in educational establishments across the United Kingdom. Nothing actually changes. What will Justine Greening bring?

Hunter explains in ‘Rethinking the School’ that the purest of educational establishments today are nothing more than a disappointment. He states “the school system has the appearance of a humble church built out of stones intended for a great cathedral. It is mocked by the scale of its unrealized potential, by the grandeur of the edifice that it might have been, if only its builders had not lost faith and gone into moral and political bankruptcy (Hunter 1994, p.1).” Can we see some comparison to our own educational establishments? We don’t have to look far.

A foreword, contained within the Department of Education’s most recent White Paper (2016), by former Secretary of State for Education, Nicky Morgan, once again strengthened the proliferating reservations and anxieties of educational practitioners and teachers around the United Kingdom, whilst also strengthening the resolve of a whole generation of teachers. We’re not going to give in without a fight! ‘Education has the power to transform lives’, but not always for the better (DfE 2016, p.3). This paper, which seeks to legitimize the validity of underachieved educational standards, seeks to legitimize political drivers by using a whole range of methods such as international comparative data (PISA), a resurgence of inspections and their findings (OfSted) and local testing data and league tables. As the paper states “recent international assessments, comparing the performance of our young people in 2011/2012 with their international peers, have shown that our education standards have remained static, at best, whilst other countries have moved ahead” (DfE 2016, p.3). Once again our education system has failed to achieve its cathedral-like potential but this is going to change.

A year and a lustrum have passed since 2010 and the Department of Education’s hope that “our schools should be engines of social mobility, helping children to overcome the accidents of birth and background to achieve much more than they may ever have imagined” (DfE 2010, p.6) do not seemed to have realized. How so? The government’s academies agenda and a relentless drive to increase standards has, inevitably, pushed a great number of institutions into the abyss of poor performance. The leafy suburban schools, whose corridors resonate with the eloquent tones of the narrative of academic excellence, have nothing to fear whilst the ghettos of academic achievement, unsurprisingly found the most socio-economically challenging areas, are hounded. And to the surprise of no one, these challenging areas have deeply engrained issues. A myriad of jobs are advertised. Minimal interest. Teacher retention? Impossible. Sadly, for Gove, children still remain “victims of forces beyond their control” (DfE 2010 p. 6); the place a child is born still has a dramatic impact on the level and quality of education they receive.

The problem, I believe, is that far too often the focus is too intently on what the education system should be like or what it should do rather than focusing on the current situation (Hunter, 1994) and judging each individual establishment on its own merits. A thorough investigation of the most recent forewords for government white papers show that there has been a huge shift in the politically and ideologically-driven drivers and levers being employed, which have led to new dominant discourses and rhetoric beings expounded surrounding education. We can no longer say that we’re all working together on this one. And again we say plus ça change, plus c’est la même because, as Hunter explains, education is bankrupt. A new direction is needed. 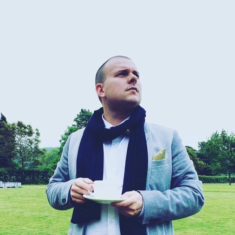 Jack Bryne Stothard is a primary school teacher and deputy head teacher based in Kingston upon Hull and Derbyshire. His interests include how spaces dominate our lives and experience and how they can be utilized to make dynamic curricula.

Jack has a bachelors and masters degree in music and has worked with a range of different organizations and community groups. He is currently completing a doctorate of education at the University of Sheffield. His research focuses on experiences of and in the classroom and how genealogical narratives can problematize spaces to open new discourses.