Educational attainment inequalities receive continuous policy attention across the UK with certain social groups consistently underachieving. Our study (Early et al., 2022) used the first record linkage dataset for education in Northern Ireland to examine pupil differences in GCSE attainment outcomes. The dataset linked three administrative data sources for the first time: the 2011 Census, the School Leavers Survey and the School Census. The data linkage was conducted by the Northern Ireland Statistics and Research Agency, and the data were anonymised and held in a secure data environment. A pupil’s gender, socio-economic background, religious affiliation and attended school were the key factors considered in the study.

Like socio-economic background, gender remains central to understanding attainment differences in Northern Ireland, with female pupils achieving higher GCSE outcomes than males. Despite religion being a key identity source in Northern Ireland and previous research suggesting that Catholic pupils outperform Protestant pupils (Borooah & Knox, 2017; Leitch et al., 2017), our study found no notable difference in the attainment of Catholic and Protestant pupils. More specifically, this study did not find evidence to support that Protestant working-class males were underachieving, despite this being a key concern in previous studies (Burns et al., 2015; Purvis, 2011).

‘Despite religion being a key identity source in Northern Ireland and previous research suggesting that Catholic pupils outperform Protestant pupils, our study found no notable difference in the attainment of Catholic and Protestant pupils.’

The availability of linked administrative data for education research in Northern Ireland remains limited, therefore restricting the ability to examine inequalities across the system. Moving forward, while this study contributes to discussions on educational inequalities and highlights its associated complexities, more must be done to provide access to administrative data for education researchers to address the pertinent issues in Northern Ireland’s education system.

This blog is based on the article ‘The influence of socio-demographics and school factors on GCSE attainment: Results from the first record linkage data in Northern Ireland’ by Erin Early, Sarah Miller, Laura Dunne and John Moriarty, published in the Oxford Review of Education.

The Administrative Data Research Network takes privacy protection very seriously. All information that directly identifies individuals will be removed from the datasets by trusted third parties, before researchers get to see it. All researchers using the Network are trained and accredited to use sensitive data safely and ethically, they will only access the data via a secure environment, and all of their findings will be vetted to ensure they adhere to the strictest confidentiality standards. The help provided by the staff of the Administrative Data Research Network Northern Ireland (ADR-NI) and the Northern Ireland Statistics and Research Agency (NISRA) Research Support Unit is acknowledged. The ADR-NI is funded by the Economic and Research Council (ESRC). The authors alone are responsible for the interpretation of the data and any views or opinions presented are solely those of the author and do not necessarily represent those of the ADR-NI. The Census and Department of Education data has been supplied for the sole purpose of this project. 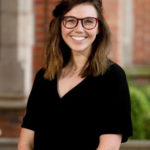 Erin Early is a lecturer at the School of Social Sciences, Education and Social Work, Queen’s University Belfast. Previously, she held a Research Fellowship at the Centre for Education Policy and Equalising Opportunities, Institute of Education – UCL’s Faculty of Education and Society. She completed her PhD in 2020 at Queen’s University Belfast which examined educational attainment inequalities in Northern Ireland. Her research interests are centred around social inequalities, particularly within education, health and the family.