The Department for Education’s recent report, Teacher and Recruitment and Retention Strategy, outlines the serious challenges schools in England currently face in attracting and keeping good teachers. The teaching profession requires an increasing number of new teachers in response to rising pupil numbers, a competitive labour market outside teaching, and worsening retention in the profession (particularly for early-career teachers). As a result of this, the latest initial teacher training census shows that the target number of trainee teachers has increased in each of the last five years. As trainee teachers spend much of their time in schools before becoming a qualified teacher, the increasing demand for new teachers may place detrimental pressure on schools. Coupled with this, around one-third of trainee teachers are now trained through School Direct, which means schools have additional responsibilities.

‘What will be the effect on pupil attainment if schools currently involved with initial teacher training (ITT) have to take on more trainees? Or if, instead, the pool of schools involved has to increase?’

Our article looks at whether pupil performance is affected if a school chooses to take on more trainee teachers. This is directly related to the current policy question about where the additional trainee teachers required should be trained. What will be the effect on pupil attainment if schools currently involved with initial teacher training (ITT) have to take on more trainees? Or if, instead, the pool of schools involved has to increase?

To study this hypothesis, we surveyed 161 primary schools and 112 secondary schools that were currently involved with ITT. We asked these schools about the number of trainees in the past three academic years. This information was then combined with pupils’ administrative data to test whether there is an association between more trainee teachers and lower (or higher) pupil attainment. A simple correlation would not reveal the causal relationship, as schools that choose to take on more trainee teachers might have characteristics (such as strong leadership) that would lead to higher pupil attainment in any case. To go further than providing a simple correlation between the number of trainee teachers and pupil attainment, we account for all school characteristics that are constant over time (using school fixed effects). Of course, some school characteristics that influence a school’s decision to host a trainee teacher may vary over time (such as fluctuations in staff capacity). However, our approach eliminates the largest source of possible bias and therefore gives the closest estimate of the causal impact of trainee teachers on pupil attainment in the existing literature.

Our study is less conclusive about what would happen if schools that aren’t currently involved with ITT are made to take on trainee teachers to meet the increased demand. These schools look very different to schools that currently have trainee teachers (they tend to have worse Ofsted grades, for example), so it is likely that they have less capacity to provide good quality training while protecting pupil attainment.

School-led ITT, whereby schools are responsible for attracting, training and subsequently employing trainee teachers, has been proposed as one solution to meet schools’ teacher recruitment challenges – schools can ‘grow their own’. Our results suggest that this approach would not harm pupil attainment in schools that already participate in ITT. However, this strategy may not be appropriate for schools currently not involved with ITT. To protect pupil attainment, these schools may instead need alternative support to recruit new (already qualified) teachers. Given the urgency of recruiting or retaining more teachers in state-funded schools in England, there should be two priorities for government. First, it should determine whether the number of newly qualified teachers required can be trained by the existing pool of schools involved in ITT, or whether support for new schools to engage in ITT is needed. Second, it should decide whether ITT should act partly as a mechanism for schools to recruit teachers through the expansion of school-led ITT, or whether more support for schools to retain existing teachers would be a better use of public funds.

This blog post is based on the article, ‘Do trainee teachers harm pupil attainment? Isolating the effect of pre‐service teachers on contemporaneous pupil performance in “high‐stakes” tests’ by Ellen Greaves, Chris Belfield and Rebecca Allen, which is published in the British Educational Research Journal on an open access basis. 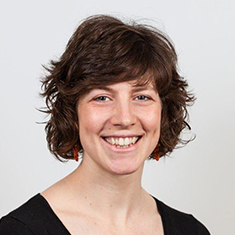 Ellen Greaves is a PhD student at the University of Bristol, and was formerly a senior research economist at the Institute for Fiscal Studies. Ellen’s current research focusses on school choice and education policy. This explores the effects of school choice on social and ethnic segregation across schools, simulating how this would change under alternative admissions criteria for schools that move away from the typical distance-based criteria, accounting for residential preferences. Ellen’s other research focusses on teachers and school quality in England. Work on teachers includes the costs and benefits of different initial teacher training routes and the effect of performance-related pay on the variation in pay in England. Work on school quality includes the causes and consequences of the ‘London effect’, the impact of children’s backgrounds, including their month of birth, on attainment, and a number of evaluations to determine whether specific programmes can increase school attainment.