Homewood School and Sixth Form Centre is a Secondary School Academy in rural Kent.  I have been working as a Teacher Researcher at Homewood since 2014, and during that time I have produced a number of school based research reports on diverse aspects of our school community. One project in particular raised the question of ethics for me and had direct impact on the methods and results of the study.

The project that highlighted the need for an ethics framework was a NCP survey about the wellbeing of high attaining boys, and in particular their satisfaction with their friendships.  An intervention (The Real Project) was planned in response and delivered in June 2014.  The project was repeated in June 2016 with a new cohort of boys (Tyson, 2017).

The first cohort were surveyed without parental permission or student assent, there were a large number of participants and the data was usefully employed to identify students who were in need of additional support.  When the study was repeated in 2016 I felt it was more appropriate to seek active parental consent and as a result fewer boys were available to be surveyed and the sample was biased.  I was faced with a dilemma about the conflict between pragmatism (what we can do) and ethics (what we should do).  I realised that it was time to review my assumptions about and practice of my school based research.

Back to the literature where a clue was found in the work of Biesta:  ‘research cannot supply us with rules for action but only hypotheses for intelligent problem solving.’ (Biesta, 2007, p. 17)

The intelligent way to solve this problem is to keep in mind the pragmatist values of democracy and ownership of knowledge and create a framework for making ethics choices on a case by case basis, acknowledging and confronting difficulties as they arise.

School based research occupies a grey area that falls between professional development, school improvement and evidence based practice (Felzmann, 2009). There is a debate about where research begins and ends because it is customary for staff and schools to use test results and student data in order to assess student progress and monitor teacher  performance.   The growth of the teacher as researcher movement means that a role conflict can develop with students being unaware that they are being asked to engage with a research activity because it is happening in the context of a task or activity set by their usual teacher.

In order to resolve these potential pitfalls we have developed an ethics framework at Homewood, using the BERA guidelines as our starting point (BERA, 2011).  Staff and students who are planning to carry out some research are asked to complete an ethics form asking them to reflect and respond to questions to explore unintended or unforeseen issues. This is based on a university ethics form and the results are stored on a central drive where they can be accessed by all staff.  I review the form and assess the potential for harm, including emotional, social and psychological factors.  If I feel that there is a medium or high risk of harm then the form is passed to our school principal for review.

We are moving to a position where we see students as having a choice to take part in such activities, rather than assuming that belonging to a school means taking part in data collection without knowledge or consent. A transformative study design (Creswell, 2007) also requires researchers to consider how to best refer to and interact with participants; which sampling strategies will promote inclusiveness; how to actively involve participants in the data collection process and decide how the data collection process and outcomes will benefit the community being studied.  A positive school culture also encourages open and honest communication (Kaplan, 2013) implying that the results of teacher research should be shared with a wider audience.  This creates additional tensions around issues of participant confidentiality that need to be addressed, firstly at the study design stage and secondly when decisions about dissemination are being made.

Our preferred method for most cases would be informed parental active consent with student assent and we encourage methods that use student researchers to pilot projects and feedback into cycles of action research to create research projects that are more likely to succeed in collecting credible and useful data which have been collected on a sound ethical basis. 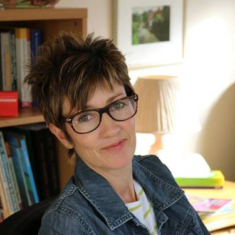 Claire is a Science Teacher and Teacher Researcher based at Homewood School and Sixth Form Centre, Tenterden, Kent.  She is in her eighth year of teaching science.  In the last four years she has been helping the senior leadership team by developing the role of teacher researcher.  One of the primary goals of this role is to support the School Improvement Plan. She graduated with a PhD from Queen Mary, University of London in July 2016, and her thesis explored the ethics and challenges around evaluating complex interventions such as complementary and alternative medicine, clinical trial design and patient participation (Haresnape, 2013b) and (Haresnape, 2013a). The focus of her research work at Homewood is in developing methodologies and a research framework to evaluate the complex interventions that occur in schools and classrooms. She speaks regularly at educational conferences and her work has been published via a variety of websites and journals.