In 2015 the Society for Educational Studies funded the New Purposes, New Practices, New Pedagogy (NP3) research, which set out to understand what influence (if any) young people’s use of digital technology outside school had on pedagogy inside primary schools (Twining et al., 2017). In order to do this, NP3 had to develop a framework for describing that informal use of digital technology – the Digital Practice Framework (DPF).

The DPF is underpinned by a sociocultural model which was used to inform the data collection and analysis (see chapter 3 of Twining et al. [2017] for full details). Forty-four young people used digital cameras to record their use of digital technology ‘outside school’ over a one-week period; these photographs were then used as prompts in one-to-one interviews with the young people to discuss their use of digital technology. This data was complemented by data from individual interviews with the 44 young people’s parents, alongside focus group interviews including these young people and a range of their peers.

From a sociocultural perspective, learning is about identity formation; it is about becoming a member of an enduring collection of people who have a shared purpose and shared ways of working – what Wenger (2010) called a ‘community of practice’. Participation, practices and purposes are therefore key considerations that underpin the Digital Practice Framework.

‘From a sociocultural perspective, learning is about identity formation; it is about becoming a member of an enduring collection of people who have a shared purpose and shared ways of working.’

After several iterations, in which two researchers independently categorised the digital practices of the 44 young people against evolving versions of the DPF, the final version emerged (see figure 1, which includes examples to illustrate the categories within the framework).

By enabling the young people’s digital technology use to be categorised in a meaningful way, the Digital Practice Framework facilitated the exploration of NP3’s key question about what relationship (if any) there was between young people’s digital technology use outside school and pedagogy inside primary schools. (See Twining et al. [2017] for the full report on NP3’s findings.)

The Digital Practice Framework is a theoretically informed conceptual framework for describing young people’s digital technology use in informal contexts. It makes a significant contribution to the field by filling a major gap in the literature in what is an increasingly important area. (See Twining (2020) for more on the DPF and the ways in which it can be used).

This blog is based on the article ‘Making sense of young people’s digital practices in informal contexts: The Digital Practice Framework’, by Peter Twining, published in the British Journal of Educational Technology. It is free-to-view for those without a subscription for a limited period, courtesy of our publisher, Wiley. 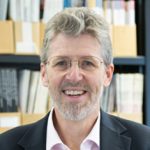 Peter Twining is passionate about enhancing education systems, with a particular focus on school age learners. Peter is professor of education (innovation in schooling and educational technology) at the University of Newcastle, Australia, having formerly been professor of education (futures) at the Open University, UK. He has also been a primary school teacher, initial teacher educator, head of the department of education at the Open University, the co-director of the Centre for Research in Education and Educational Technology, and co-editor-in-chief of Computers & Education. He has brought in over £10 million of external funding, most of which was focused on issues to do with the purposes of education, the management of educational change, and enhancing education systems, informed by understandings of learning, pedagogy and the potentials of digital technology.

Agility, return and recovery: Our new Covid context for schooling and teacher education?

The rise of the flexible and remote teacher: A primary school’s response to the Covid-19 context in London