Education provides a sequence of academic production – the Department for Education sets outcomes for each stage of education for the learning, development and care of children from birth to 18. Vast quantities of numerical data are collected, recorded and analysed in schools in order to determine which pupils are making ‘progress’ against these set outcomes, and which pupils are not.

What is weird is how we count on this data – the marks and grades – being not merely ‘true’ but representative of indisputable truth. In the UK, it is not only indisputable truth but is endowed with prophetic power: KS2 data predicts the targets and outcomes of high-stakes GCSE assessments, which in turn sets the course of a young person’s trajectory.

It is only 41 years since the publication of Paul Willis’s book, Learning to Labour: How Working Class Kids Get Working Class Jobs, which theorised how processes of stratification within schools such as streaming reproduce different positions in the labour market and, by extension, the broader social inequalities needed to make a capitalist economy work. This critical ethnography of white, working-class ‘lads’ in the industrial West Midlands approaching the end of their schooling portrayed an anti-school ‘laddish’ subculture. Willis interpreted this as preparation for the ‘resistance within accommodation’ that they would practice as manual labourers. Unlike the Gammas, Deltas, and Epsilons, Willis’ lads saw past the shadows of ‘reality’, and their behaviour was a rational class strategy of survival: 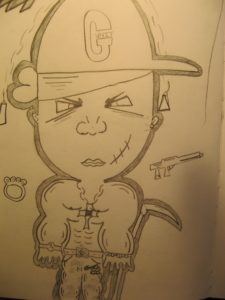 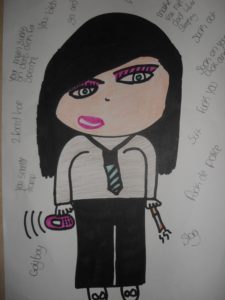 The ‘target’ metaphor used to conceptualise attainment limits evaluation of an individual’s academic performance to simply how well they satisfy set assessment objectives – are they ‘under’, ‘on’ or ‘exceeding’ target? What I really want to know is how directors of Romeo and Julietwould perform in GCSE English literature? Would the likes of Baz Luhrmann or Franco Zeffirelli or Kenneth Branagh ‘naturally’ (that is, without being taught to that test) be able to score a grade 9? If not, then I would say that that more than anything raises questions about the value of the data we use to sort, sift and ‘decant’ children into pathways.

Willis remarked, ‘It is the future in the present which hammers freedom to inequality in the reality of contemporary capitalism’ (1977/2016, p.120). If the aim of data is to achieve higher productivity through tracking students’ progress, then perhaps we should speculate on what comes next?

What happens if we scrap the idea of ‘progress’, and with it the need for data? What if we were to simply pre-programme children, decant them into predestined pathways and allow their life trajectories to ‘hatch’? Interestingly, this is the case in Aldous Huxley’s 1931 novel Brave New World, in which Henry Ford and his production line are revered as the inspiration for society. It has long been argued that schools are ‘sausage factories’, and here, in the year 2540, in this Brave New World, the World State society genetically engineers, conditions and organises its children into predetermined castes based on the different positions in the labour market for which they are destined.

Of course, it’s only the Alphas and the Betas in the uppermost echelons of this society who are privy to this fact. The rest of society – the Gammas, Deltas and Epsilons – remain ignorant of reality. Like Plato’s prisoners in his allegory of the cave, each individual being partitioned into their predestined caste from birth is self-enclosed only within their own social system, and arguably can only ever see the shadows of ‘reality’ and so shall never be able to comprehend the totality of the system.

This is startlingly bleak, but let us look at how this educational and social partitioning starts early, through the distinctive early years curriculum offering for the eight-month old ‘Delta’ babies who are destined for routine factory work. The function of their education is to instil conformity and docility, and to produce a consenting labour force. Not only this, but they are made to like their inescapable social destiny.

I give you the opportunity to read the extract, and insert a solemn pause for solemn thought. 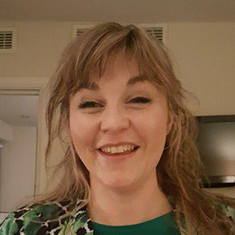 Dr Sarah Swann is course director of childhood studies at Leeds Beckett University. Her research has focussed on key educational issues, including pupil disaffection, ethnically diverse communities and, more recently, the experiences and retention of teachers. For four years she worked as a research fellow located in the Centre for Ethnicity and Racism Studies (CERS) at the University of Leeds. Here she led fieldwork in the UK for a large European Commission-funded project entitled ‘Ethnic differences in education and diverging prospects for urban youth in an enlarged Europe’ (EDUMIGROM). The project aimed to conduct a comparative investigation in ethnically diverse communities with second-generation migrants and Roma in nine countries of the European Union.