In 1999 higher education ministers from 29 European countries signed the Bologna Declaration (currently 49 signatory countries) and committed themselves to the creation of the European Higher Education Area (EHEA). Several action lines were proposed to achieve convergence between national higher education systems in order to improve student mobility and employability in the EHEA. Although not legally binding, the Bologna reforms triggered deep transformations in the higher education of signatory countries, including new degree architectures and quality assurance reforms. Initially emphasising structural reform, the Bologna Process gradually showed concern for pedagogy, especially for student-centred learning.

In my paper (http://www.tandfonline.com/doi/full/10.1080/09585176.2016.1219873), I have looked at the curricular design of degree programmes as one aspect which can support or hinder self-directed learning, student empowerment and, consequently, student-centred learning. Curricular design can influence students’ freedom to choose courses suited to their interests and also their active participation in steering their learning. A comparative cross-country analysis of the curriculum of six Physics MSc programmes in England, Denmark and Portugal (two per country) payed attention to how the curriculum encouraged student-centred learning, while also giving a glimpse of the comparability of qualifications, with implications for student mobility in the EHEA. The analysed programmes were generic MSc degrees (as opposed to specialised ones in a particular field of Physics), a choice which was intended to facilitate curricular comparison across national and institutional contexts.

The curriculum and its degree of flexibility vary from context to context. Variation was noted, especially by country, in a number of aspects: national frameworks for degree design; relationship between taught and independent components; course typology – compulsory or optional – and the proportions between these two. These all had implications for students’ freedom and control over the design and the direction of their studies. Additionally, an association appeared to exist between this variation and the pedagogical approaches generally characteristic of the analysed countries, or their implicit theories of teaching and learning.

A loose curriculum stood out in the English and Danish degrees, against a tightly structured one in the Portuguese degrees. There was overall resemblance between the degrees in the same national setting, most likely because of regulatory constraints – binding in Denmark and Portugal – but also because of similar learning and teaching regimes, framed by shared national pedagogic traditions where cross-fertilisation of ideas generates consensus. Curriculum design reflects different tacit assumptions regarding students’ ability and freedom to construct their learning programme. In the Danish and the English degrees students had considerable control over the design of their learning. In contrast, some Portuguese academics and even students were reticent about increased student choice, invoking insufficient knowledge and inexperience. Even so, despite the rigid curriculum, interviewees reported changes compared to the previous degrees which allowed no student choice whatsoever. The changes were attributed to the Bologna Process and its insistent calls for student-centred pedagogy. Compliance with Bologna was, in fact, formally highlighted by both Portuguese degrees. Yet, political drivers appeared little effective and insufficient to change tacit assumptions and rules of pedagogic appropriateness. The contrasting perceptions by country mirror different understandings of power and authority in the classroom: the balance tilts heavily towards teacher authority in Portugal and towards student empowerment in England and Denmark. Thus, student-centred learning was obvious in the English and Danish degrees, although not apparently linked to Bologna, and hardly present in the Portuguese ones, although the intention to move towards student-centred pedagogy was officially pursued in Portugal further to Bologna.

The different national values and practices which guide curricular design must be borne in mind in the pursuit of convergence and the creation of a European Higher Education Area. Flexible curricula and flexible study paths are factors which can facilitate mobility in the EHEA. The rigid curriculum noted in Portugal represents an obstacle to students’ mobility during the course of the degree, as it is likely to prejudice the recognition in their home institution of modules taken abroad. The observed differences have several implications for policy and practice: it is important that national and European policy makers recognise that change in educational values and practices is a slow process which must be explained and adequately resourced in institutions; students need to be informed of potential differences in the freedom and the practices they may experience elsewhere, so that they can fully benefit from studying at a foreign institution; and academic staff engaged in designing joint programmes and international collaboration need to be aware of such differences in pedagogic practices and traditions. 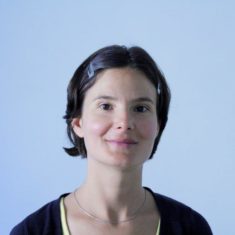 Cristina Sin is a post-doctoral research fellow at the Centre for Research in Higher Education Policies (CIPES) in Portugal. Her interest areas are higher education policy implementation, the Bologna Process, teaching and learning, and quality assurance/enhancement. She is primarily interested in the influence of European higher education policies on academic practice, and teaching and learning. In the past she worked as a research associate at Lancaster University (UK) in the Centre for the Study of Education and Training and as a project officer in educational projects for the improvement of learning and teaching at the Higher Education Academy in the UK. She has participated in research projects on the implementation of the Bologna Process, on implementation and evaluation of policies of quality assurance/enhancement, and on teaching and learning in higher education. She completed a PhD in Educational Research at Lancaster University (UK).