Critical citizenship education often amounts to training in critical thinking – rudimentary discourse analysis or media criticism aimed at developing critical literacy skills. Such skills are enormously important, helping students to examine and critique power and its communication. There is a danger, though, that limiting critical citizenship to critical thinking in this way leaves students well-equipped to evaluate what comes “down” from the powerful, but ill-equipped to take responsibility for the future that they will make; to exercise society-shaping powers as democratic citizens.

Educating young people to develop these capacities is an enormous pedagogical task, requiring work in a range of different subjects. One particularly fruitful approach, I think, could be the investigation of contingency in History. At its most basic, to say that something is contingent means that it “could be otherwise” – it is not necessary or inevitable for it to exist in its current state (or at all). When used historically, the idea of contingency helps to bring home that things were otherwise (different in the past), could have been otherwise (developed differently up to the present), and will be otherwise (different in the future).

The social world is not made up of solid, immutable structures, but of norms and institutions which are the products of differing degrees of historical contingency

This basic historical insight can help alert students to the fact that the norms and institutions to which they grow accustomed are not natural, normal, or necessarily “right”, but human constructions which are specific to a particular time and place. The social world is not made up of solid, immutable structures, but of norms and institutions which are the products of differing degrees of historical contingency, and remain vulnerable to differing degrees of historical change.

Investigating the historical contingency of an event is common practice in school History – students analyse the extent to which a specific event could have occurred differently. I’d like to suggest that the further development of this sort of work could be enormously fruitful for the critical citizenship capacities laid out above. When analysing historical contingency, students are effectively investigating the field of possibilities in which an event took place, by looking into the factors which prevented the realisation of plausible alternatives. This approach could be applied to institutions such as the NHS or parliamentary democracy, or to norms such as gender relations or family structures. Students could examine these structures through a period of upheaval, or study how they developed over time up to the present. In so doing, students would gain insight into their historical resilience or precariousness, and the degree to which they could have been different to what they are now.

The contingency of political concepts can also be investigated. In a lesson with a Year 12 class, for instance, I got the students to analyse the different conceptions of freedom put forward by Attlee, Thatcher, and Blair, in order for them to get thinking about the different ways it has been used at different times, the concrete historical factors which shape its usage, and – ultimately – the extent to which its meaning is either contingent or essential, either historically variable or fixed and well-defined.

Historical enquiries of this kind can help students to develop a historical and critical orientation towards both present-day institutions and the principles commonly mobilised to justify or challenge them.

Analysing the historical contingency of different features of the social world could enrich students’ political imagination and inform their discernment of historical possibility – investigating the field of possibility in which things have developed in the past might provide glimpses of insight into current possibilities, and the ways in which things could be different in the future.

Looking at the history of political principles such as freedom or justice can help to develop students’ normative judgement by preventing them from taking such concepts at face value, alerting them to the fact that they have been used differently at different times, and encouraging them to sharpen their own uses of such concepts.

At best, such enquiries could help students to form well-grounded judgements about what is, what could be and what should be. Without a sophisticated awareness of contingency – on the other hand – students could become complacent about what ought to be continually defended, acquiescent in the face of what ought to be continually challenged, and ill-equipped to judge the difference.

The line of argument briefly sketched here is more fully elucidated in my paper recently published in the Curriculum Journal: http://www.tandfonline.com/doi/full/10.1080/09585176.2016.1143379 which also contains detailed references. 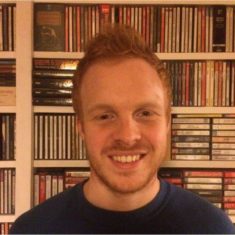 Luke Billingham studied politics, psychology and sociology at Trinity Hall, Cambridge, before obtaining a PGCE in secondary history at Homerton College, Cambridge. His paper cited here draws upon research undertaken as part of his PGCE.