In the UK and internationally, the subject of physical education (PE) has remained relatively unchanged and continues to be associated with the development of sport skills and physical health (Kirk, 2010). However, this persistent manifestation of PE has continued to be criticised for being neoliberal (Evans, 2014), gendered (Camacho-Miñano et al., 2021) and ableist (Evans & Penney, 2008).

As a team of educational researchers from across the UK (England, Northern Ireland, Scotland and Wales), we carried out a comparative analysis of the PE curricula from the four nations to explore this further (Gray et al., 2021). This comparative approach allowed us both to highlight common features that persist across different contexts, and to illuminate points of difference – drawing attention to areas of the curriculum where change might be possible. This blog post presents some of the key findings from this analysis.

Our comparative analysis of each curriculum revealed three main themes – uncovering similarities and differences in terms of:

For example, in Scotland and Wales, the term ‘health and wellbeing’ is presented as a holistic and broad concept, encompassing social, emotional, mental and physical wellbeing. However, in Northern Ireland, this view narrows towards a public health discourse as pupils progress to key stage (KS) 4 (14–16 years), while such discourse is evident consistently in the English curriculum from KS1 to KS4 (5–16 years). Interestingly, none of the PE curricula are dominated by health discourses, despite the curriculum area of ‘Health and Wellbeing’ being significant in both Scotland and Wales. Instead, for all countries, except Wales, there is considerable reference to a discourse of performance, where learning motor skills and engaging in competitive sports appear (and continue) to be the primary function of PE. In relation to pedagogical guidance, in Scotland, England and Northern Ireland (KS1 and KS2, 6–11 years) explicit reference to pedagogy is limited, requiring teacher professional judgement for curriculum enactment. Contrastingly, in Wales, there is explicit guidance provided for teachers, focusing on leadership, cooperation and engaging with pedagogical principles and practices.

Through our comparative analysis of UK PE curricula, we identified several areas of divergence and convergence that provide useful opportunities for cross-border learning. For example, identifying the different ways in which health is conceptualised – both within and across curricula – encourages debate about how health is (or should be) understood in PE and what this means for the (health) practices of teachers and their pupils. Furthermore, with the exception of Wales, results revealed that a discourse of performance continues to dominate, which has been associated with PE practices that privilege some and marginalise others (Kirk, 2010).

‘Identifying the different ways in which health is conceptualised – both within and across curricula – encourages debate about how health is (or should be) understood in PE and what this means for the (health) practices of teachers and their pupils.’

Cross-border reading of curricula not only highlights this issue but also presents an opportunity to explore why a performance discourse dominates and its misalignment with, for example, contemporary physical cultures, formal and informal physical activity engagement, and broader conceptualisations of ability in PE (Kirk, 2010; O’Connor & Penney, 2020). It also raises an interesting question about what PE looks like (or will look) in Wales if a performance discourse does not dominate? Indeed, this is the premise of our future research, where we aim to bring together PE teachers from across the four nations of the UK to pose questions and to engage in cross-border curriculum conversations. These conversations may lead to more critical understandings of curriculum, generate new ideas, strengthen teacher voice, and place teachers in a better position to contribute to – and enact – future curriculum developments. Such endeavours are, we argue, extremely important, particularly in the context of a shifting and variable UK curriculum landscape.

Dr Shirley Gray is a Senior Lecturer in Physical Education at the University of Edinburgh. Her research focuses on issues relating to gender and equality, social and emotional learning, pupil motivation and the professional learning of teachers.

Dr. Oliver Hooper is a Research Associate within the School of Sport, Exercise and Health Sciences at Loughborough University, having graduated with a PhD from the same institution in 2018. Oliver’s research explores young people’s experiences within physical education, health and youth sport contexts with a specific focus on the experiences of marginalised youth. He is particularly interested in ‘youth voice’ and the use of participatory methods to facilitate young people’s meaningful involvement within research. Oliver has published various articles, papers and book chapters in these areas and routinely attends international conferences to present on this work. He is a convenor for the Sport Pedagogy Network of the European Educational Research Association and sits on the Editorial Board of the Sport, Education and Society journal. Within BERA, Oliver fulfils several roles including acting as one of the Early Career Researcher (ECR) Network’s convenors, being a... 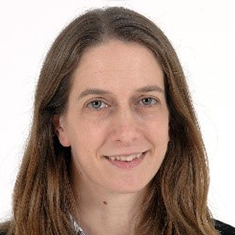 Dr Rachel Sandford is a senior lecturer in young people and sport in the School of Sport, Exercise and Health Sciences at Loughborough University. She also leads the undergraduate sport science, coaching and physical education programme, as well as teaching modules related to critical pedagogy and the sociology of physical education. Rachel’s research centres on young people’s attitudes towards, experiences of and development in/through sport and physical activity. She has a particular interest in issues around popular culture, embodied identity and positive youth development, with recent work focussed on care-experienced youth via the British Academy-funded ‘Right to be Active’ project. Rachel has published widely in refereed journals and books in the areas of sociology, physical education and health and has given invited presentations of her work to international audiences. Rachel is also the link convenor for the sport pedagogy network of the European Educational...

‘PE’ with Joe (Bloggs): The rise and risks of celebrity ‘teachers’