The culture of transforming everything into products to be ‘consumed by the market’ is manifesting itself as a global pathology. This trend is destroying longstanding communities of practice in education (Kezar & Eckel, 2002) which have been built upon collegiality and information-sharing. This has resulted in the imposition of competition (Carson, Bartneck, & Voges, 2013) and secrecy onto the terrain (Walsh & Hong, 2003), as symptoms of a growing epidemic.

This consumerism is a kind of ‘locust economy’ driven by profit-crazed stockmarkets and financiers (Kaufman, 2012) that have earmarked public goods like education as ‘market opportunities’ (European Round Table of Industrialists, 1998). The primary motive is to build and extract profit while externalising ‘costly’ responsibilities (Bakan, 2012).

I argue that consumerism and finance in education is displaying the autopoietic (self-reproducing) characteristics of iatrogenic illness (Friedman,1982). ‘Iatrogenesis’ describes illness caused by medical examination or treatment. The economic system we have is creating the problems it is purporting to solve.

‘Education has become reframed as a business, and slogans of commercialism such as “student as consumer” have changed the dynamic of the pedagogical terrain.’

The notion of the consumer has been instilled in our culture through the marketing concepts of freedom, choice, competition and efficiency. These semiotics disguise dispossessive economies, leaving people bereft of the values and features that sustain them. Education has become reframed as a business, and slogans of commercialism such as ‘student as consumer’ have changed the dynamic of the pedagogical terrain (Molesworth, Scullion, & Nixon, 2011). Students increasingly demand service for their money rather than search for their inner horizons. Some students demand what is required to pass an exam rather than creatively exploring the field as it inspires them.

Set up and posed as consumers, the complex interrelationships of homo sapiens in the natural world are reduced to finance and profitability. Incentives subjugate the scholar to what will meet funding criteria and factor in league tables, while value-added measures – the comparative value-added scheme initiated by the Council for National Academic Awards and the Polytechnics and Colleges funding Council, for example – offer a threat should student satisfaction or key performance indicators not be met (Amrein-Beardsley, 2014).

The subjugation of education-as-a-public-good to finance and reductive metrics is exerting artificial pressures on humans to survive as social mammals as our sociological habitat is being asset-stripped. Managerialist caste systems emerge (Locke & Spender, 2011) operating dark algorithms, which are increasingly tracking each moment of the working life.

The results are that work contracts are diluted and educators are tacitly expected to work evenings and weekends to meet the increasing demands of administrative work loads. With technologies, academics are now available 24/7 to teach distance students and mark batch exam papers beyond the geographical limits of the traditional workplace.

We need only look to the natural world to understand the road we are travelling. We are losing the habitat that sustains us, by consuming it. The dominant culture is unsustainable. If we understand education as an important part of our sociological habitat and development, we can also see it being denuded, commodified and changed for the purposes of business. How do we respond to the intractable problems of the consumption of education by finance?

Conceiving of education as a process of human development (United Nations, 2004) holds within it the means to respond to the damaging influences of commercialisation. For people disadvantaged by the dominant culture of finance in pedagogy the situation can be reframed as an opportunity to study, cognicise and document a disfigured terrain. if we are to collectively thrive we must learn from the enclosure of public goods like education for private gain, and find strength in intellectual life beyond consumerism.

European Round Table of Industrialists (1998). Job Creation and Competitiveness through Innovation. Brussels. Retrieved from https://ert.eu/sites/ert/files/generated/files/document/1998_job_creation_and_competitiveness_through_innovation_-_report.pdf 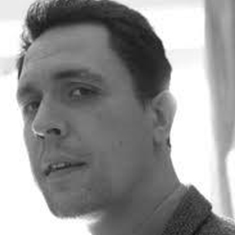 Alex Dunedin is based in the community context and organises various educationally oriented activities developing the practical philosophy rooted in the Ragged University. This project represents an evolving model of informal education based on human development structured around the originating nucleus of the formal institution – kinship relations (Eco, 1978). As a model of education it aims to be able to function beyond finance, learning lessons from the field of international development.