As educational researchers, our work is framed and therefore requires us to operate with and through a general theory of objects and object-relations. This enframing comprises a semantic understanding of the possibilities of the concepts we use, and these possibilities have political, social, epistemological, functional, ethical and relational meanings.

In the book that I refer to at the end of this blog, I point to the five object-types in the world: discursive objects, material objects, relational objects, structural-institutional-systemic objects (this type includes discursive and material configurations) and people, including the self, which is always experienced differently from the way other people are experienced. Each of them has different characteristics and, because objects have a dynamic structure, in rare circumstances they may change their status as objects; indeed, what constitutes an object-type is also dynamic. In an object-ontology, objects, including human beings, have acquired dispositions. This leads us to a form of conceptual or dispositional realism, and a deep antagonism towards empiricism in all its forms and guises.

‘In an object-ontology, objects, including human beings, have acquired dispositions. This leads us to a form of conceptual or dispositional realism, and a deep antagonism towards empiricism in all its forms and guises.’

The third of the object-types within an object-ontology is an object-relation. If we are able to distinguish between different objects and we want to build into our conception of the world ideas of change, inter- and intra-relationships and continuities (over time), then we need to understand what these are and how they occur. Object-relations inhere in objects as characteristics of these objects. They are thereby interactive, powerful, dynamic and object-specific. These object-relations act as hinges in the interaction between objects, object-configurations and people.

There are philosophical difficulties with adopting empiricist approaches to research. The first of these difficulties is conceptual. A concept is always embedded in a framework or network of other concepts and therefore gets its meaning from that set of relationships and from how it is used in a way of life. When we talk about the detheorisation of research, this means that traditional and reductionist forms of research separate out the concept from the framework for it to have the properties of a variable. Having detheorised the concept, relations are then identified between these different variables, even if the variable itself does not enter into a meaningful relationship with the world. An example of this is the use by politicians and many researchers of the notion of ‘mental health’. In order to process this complicated descriptor, the idea itself is reduced to a pale form of its real self. A second problem is that the enumeration of meaning implicit in empiricist forms of research is reductive and compels us to understand causation, object-relations, human capacity, free will and constraint in particular ways. For example, ‘mental health’ as a concept takes on a physicalist form, so that effectively free will is understood as an illusion.

A realist methodology focuses on the changing qualities or characteristics of the object or objects under investigation. If objects, object-relations, object-types, object-configurations and persons are dynamic, then the researcher consequently has to examine the characteristics of, or qualities that inhere in, these objects. This entails a suspension of belief in the much-used notion of a quantitative/qualitative dualism, because these are not comparable objects and, further, that in all types of research there is necessarily a qualitative dimension. What this means is that any research or investigatory study has to address the categorising and recategorising or formulating and reformulating process that is a feature of social life. And consequently, we have to address the conceptual dimensions of what we are studying, and the way these dimensions change their form over time.

My latest book, On Learning: A General Theory of Objects and Object-Relations, has just been published by UCL Press and addresses the issues briefly raised in this blog. The book is a response to:

On Learning: A General Theory of Objects and Object-Relations is available at UCL Press as a free download. 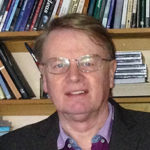 Emeritus Professor at IOE, UCL's Faculty of Education and Society