I really enjoyed participating in the BERA Early Career Researcher (ECR) Network’s symposium series, which is a great platform for practitioners and researchers to get together and talk about topics we care about. At the January event I shared my ongoing research, an exploratory study of how early career academics (ECAs) construct and negotiate their academic identity. Over the past two decades, the number of studies on the professional identity of ECAs has shot up quickly, making this an important area of research in the field of higher education.

China’s higher education system is one of the largest in the world in terms of student enrolment. Faculty members, and ECAs in particular, are faced with heavy teaching workloads while at the same time being required to undertake research. As China emerges as the world’s second-largest economy, its eagerness for scientific success is increasingly reflected in higher education policies. These policies emphasise performativity and managerialism, which are deeply imprinted by a neoliberal ideology (Mok & Lo, 2007). Given this environment, understanding the experience and perception of ECAs has become my research interest. I am curious about their experience of the relationship between teaching and research, which are two important academic activities in their daily academic life.

‘As China emerges as the world’s second-largest economy, its eagerness for scientific success is increasingly reflected in higher education policies. These policies emphasise performativity and managerialism, which are deeply imprinted by a neoliberal ideology.’

My conceptualisation of professional identity leans largely on the postmodern view (Akkerman & Meijer, 2011), which believes that identity is characterised by such conceptions as diversification, discontinuousness and socialisation. Identities are changing, dynamic, continuously negotiated and reshaped in interactions with others (Lee & Schallert, 2016). However, if identity is constantly changing, how can a person maintain a coherent sense of self over the long term? McAlpine, Amundsen and Turner (2013) absorb Mikhail Bakhtin’s dialogical approach to identity and develop a theoretical framework for exploring academic identity construction over time (see Bakhtin, 1981). They argue that variation in engagement in academic work provides a lens through which to understand identity as unitary, continuous and individual. My ongoing study employs McAlpine et al.’s (2013) identity trajectory as the theoretical framework to understand the professional development of ECAs through three strands: intellectual (contributions to one’s disciplinary specialism), network (encompasses the academic community beyond the participant’s university), and institution (interactions of the academic in workplaces).

In this ongoing study, I would like to introduce a novel research methodology called phenomenon-based ethnography (PBE) to higher education research. Vom Lehn (2019) has summarised three useful methods of phenomenology-based ethnography for organisational studies: life-world analytical ethnography, focused ethnography, and go-along ethnography. The focused ethnographic approach (Knoblauch, 2005) is particularly appropriate to understand and enhance ECAs’ practice in a complicated setting because their academic activity consists of short-term episodes that are not bound to single sites, but rather take place in a myriad of locations and contexts such as classrooms, tutorial stations, examination settings and online. Moreover, this is an interpretive approach that allows an in-depth, exploratory study of experiences from both an emic perspective – that is, the inside view of the case managers – and an etic perspective – that is, the outside view of the researcher (Galanti, 1999). McAlpine prefers to use narrative inquiry for exploring identity construction with longitudinal data. My study will contribute an alternative approach to gain enriching qualitative data and compare with findings of previous studies.

The most recent research pertaining to faculty development has been opened up by providing frameworks for discussion and analysis (for example Åkerlind, 2011), but there are few studies that offer empirical evidence of the changes that are significant for individual researchers and the environments and interactions that influence these changes. Of those studies, nearly all have been conducted in well-established, research-rich institutions. This study will contribute to the literature about debates on academic identity construction and faculty development, and offer support to policymakers, senior management of higher education institutions and faculty developers to design the learning and development policies which strengthen the nexus of teaching and research, and enhance the teaching effectiveness and research productivity.

This blog arose from the January 2021 symposium in the series ‘Overcoming challenges in educational research’, run by BERA’s Early Career Researcher Network. A further seven symposia on this theme are planned across 2021, with the next coming up on Monday 19 April. Click here for more details. 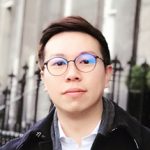 Jiajie Liu comes from China and he identifies himself as a life-long learner, an educational practitioner and an entrepreneur. He is engaged in administrative roles in a university in mainland China, responsible for the development of scientific research and the management of internal and external funds. He made a commitment to foster a research climate within the university, motivate faculty members to pursue scientific research and apply for external funding from various agencies. At the same time, he has set up an education consulting firm to provide services for the internationalisation of higher education to both individuals and organisations. He is also currently a PhD candidate at University College London, where his research interests are early career academics’ academic identity and their experience of the teaching–research nexus. He was trained in engineering at undergraduate level and later gained his two Master’s degrees from the University of Edinburgh and the...