The UK’s counter-extremism Prevent strategy has come under fire consistently since its inception more than 10 years go. Studies have found it divisive, rendering Islamic communities and ethnic minorities more generally vulnerable to suspicion from authorities, and to being stopped, searched and racially profiled (see for example Breen-Smyth, 2014). It relies on unstable and inconsistent evidence. And furthermore, in schools it has transformed teachers into tools of surveillance, having given them a legal duty to inform authorities of any students they feel might be ‘vulnerable’ to radicalisation (O’Donnell, 2016). This duty has produced consequences that would be laughable if they weren’t so tragic: a child misspelling ‘terraced’ as ‘terrorist’, and a child drawing a cucumber and apparently saying ‘cooker-bomb’, both investigated by police. The evidence that the Prevent strategy is failing Britain’s communities continues to mount (Baker-Beall et al, 2015; Heath-Kelly, 2013).

Yet little of this evidence is being heard by policymakers. They, along with teachers, are rightly asking, But how else should we respond to terrorists encouraging young people to inflict violence on innocent victims?

‘Here is a four-point blueprint for improving the way in which education institutions are asked to counter extremism.’

Often, academics are lambasted for their inability to be ‘policy-relevant’. That is, while academics might offer illuminating critiques of the present, or carefully curated political landscapes of a utopian futures, they fail to offer those in the political sphere – or teachers in the classroom – practical steps to achieve these lofty goals. Practitioners and policymakers need simple, incremental steps, easily implemented. This piece is written to meet this challenge, offering a four-point blueprint, for those in parliament and classrooms alike, for improving the way in which education institutions are asked to counter extremism.

Here are my four suggestions.

1. Remove educators from the Prevent duty
Education relies on the sharing of ideas in a space in which students feel ready to risk thinking about challenging ideas. Far from safeguarding students, current demands on teachers to notify authorities of students they feel may be at risk of radicalisation ensure that classrooms are spaces of fear, suspicion and discrimination (O’Donnell, 2016). Teachers themselves can also resist this, and movements by educators to reject the Prevent duty should be applauded.

2. Remove ‘fundamental’ from British values
Schools must currently promote ‘fundamental British values’, one of which is democracy. If these values become fixed and ‘fundamental’, they lose their ability to be democratically deliberated. The teaching of these values contradicts the importance of promoting democratic, critical thinking (Ford, 2017); such values are instead ingested dogmatically. Education should promote a space in which shared values can be explored and deliberated upon, rather than being limited to this set stock of values in closed-minded frames.

3. Re-define extremism and focus on violence, not values
By focussing on fringe values and ideologies, current definitions of extremism alienate those in Britain – ethnic minorities especially – who pose no violent threat, but do not hold on to more popular and hegemonic values (ibid). Instead, counter-extremism strategies should focus on preventing violence through promoting non-violent methods of political participation. Teachers can do this too. With students, critically approach all forms of violence, and explore the history of non-violence as political resistance. Talk to students about extremist violence, but also include drone strikes, the invasion of Iraq and the shooting of Jean Charles de Menezes too.

4. Educate for peace
By focusing counter-extremism education on fixed values, the strategy is too focussed on getting everyone to agree. Instead, incorporating the vast work of peace educators, schools can promote non-violence through encouraging engaged political participation. Schools should educate young people to mediate disputes, to embrace difference, to engage political leaders, and hold those in authority to account. This is in sharp contrast to teachers equating political activism with the threat of extremism, and referring students who become politically active to the police (JUST Yorkshire, 2017).

Heath‐Kelly C (2013) ‘Counter‐Terrorism and the Counterfactual: Producing the ‘Radicalisation’Discourse and the UK PREVENT Strategy’, British Journal of Politics and International Relations 15(3): 394–415

O’Donnell A (2016) ‘Securitisation, counterterrorism and the silencing of dissent: The educational implications of prevent’, British Journal of Educational Studies 64(1): 53–76 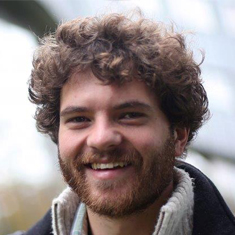 Kieran Ford is a doctoral candidate at the National Centre for Peace and Conflict Studies, University of Otago, New Zealand. His research focusses on bringing critical approaches to countering extremism and terrorism, with a particular emphasis on exploring educational contexts. He Tweets @kieran_ford.

Involving the Stakeholders that Matter Most: Student Voice in School Reform