In the context of increasing demand for specialist mental health (MH) services, emphasis has been placed on school-based early intervention to prevent or de-escalate later MH issues. The case for a whole-school approach (WSA) has been well made, both in research and government policy (Weare & Nind, 2011; PHE, 2015; DHSC & DfE, 2017).

WSAs integrate targeted support for those who need it within efforts to build resilience universally across the school system. This comprehensive approach acknowledges the context-specific nature of MH, and the many interrelated social, economic and physical risk and protective factors, both within and beyond the school gates.

‘Restricted time and resources, competing priorities and high existing workload can thwart change efforts, pulling the system back to the “status quo” and leaving behind only distracting and restrictive acronyms.’

An emerging body of literature conceptualises schools as complex social systems (Keshavarz, Nutbeam, Rowling, & Khavarpour, 2010) due to their changeable, unpredictable nature, and the importance of interactions between diverse stakeholders, from which dynamic rules and values emerge. This school-based complexity has implications for educational change (Mason, 2008) which have been considered in this article in the context of WSAs.

When piloted into an existing system, standardised interventions risk being ‘washed out’ in a process of self-organisation (Hawe, Shiell, & Riley, 2009). Restricted time and resources, competing priorities and high existing workload can thwart change efforts, pulling the system back to the ‘status quo’ and leaving behind only distracting and restrictive acronyms. In contrast, a thorough understanding of historical context, current capacity and the needs of the school system, could help to preserve strengths and increase the relevance of planned intervention.

Involving everyone in the school community in planning, implementing and evaluating the WSA encourages creative and collaborative thinking about how to positively influence pupil, staff and parental MH. This opens up communication, fosters a sense of ownership, and increases relevance of the WSA to contextual need.

Identifying what is already working well, enlisting required specialist support and integrating multiple interventions under one ‘umbrella’ approach increases potential sustainability. In a co-ordinated approach, knowledge about how to promote good MH ‘cascades’ through the organisation (Evans, Murphy, & Scourfield, 2015), underpinning the work of multiple stakeholders at multiple system levels.

These three guiding principles can help schools to harness existing complexity. For example, as a result of a thorough audit, a school identifies the need for increased extra-curricular activities, but limited staff capacity to deliver them. A parent audit reveals a range of skills and interests, and the school provides support to set up after-school classes. This simultaneously increases parental engagement, has resilience building potential for parents and children, and, in the long term, could reduce staff workload. As a result, a ‘ripple effect’ of resilience building feedback loops are established across the school system.

One example of a WSA that draws on complex systems theory is the Academic Resilience Approach (ARA). The ARA (Hart & Williams, 2014) rejects individualised notions of resilience (Hart et al., 2016), instead aiming to build resilience across the school community, informed by a social-justice lens. An evidence-based framework and free resources to support a WSA were developed with schools and young people, and can be accessed via the Boingboing website.

In a recent mixed-method study in the north of England, data was gathered about school staff experiences of using the ARA in a county-wide resilience-building programme. This study suggested that when the ARA was a school improvement priority, staff reported structural and policy change, and also perceived a positive impact on school climate, and staff and pupil wellbeing.

WSAs offer exciting potential to place promoting MH and building resilience at the heart of school practice. A thorough understanding of context, incorporating co-production with all members of the school community and co-ordinating multiple strategies at multiple system levels is central to developing a transformative rather than supplemental WSA. Further research is required to understand the long-term sustainability and impact of WSAs, as they are refined in response to changing contextual needs, and both planned and unintended consequences.

Mason, M. (2008). What is complexity theory and what are its implications for educational change? Educational Philosophy and Theory, 40(1). 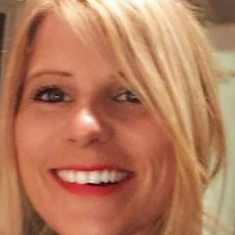 Dr Josie Maitland is an ESRC-funded postdoctoral research fellow at the University of Brighton. She is a qualified teacher with eight years’ teaching experience, both in mainstream and special school settings. Josie’s PhD research explored staff perspectives of a whole-school approach to building resilience, and she is now carrying out further research exploring school staff experiences of the COVID-19 pandemic, with a specific focus on understanding the impact for staff mental health and wellbeing.

Researching education and mental health: From ‘Where are we now?’ to ‘What next?’ series

All from this series
Self-harm in primary-aged school children

Continuities in mental wellbeing from adolescence into early adulthood

Lost in translation: The translation of Article 12 of the United Nations Convention on the Rights of the Child into educational legislation