There are now many more young people living across the UK with life limiting impairments than ever before. An example of this is Duchenne Muscular dystrophy (DMD), a genetic muscle wasting impairment, causing boys to be full time wheelchair users around the age of 12 years, and fully paralysed by the age of 20. Historically this group of young people did not live longer than their teens, but now interventions such as assisted ventilation have extended life expectancy to around the age of 30 years and sometimes longer. However, society is yet to catch up, and adults with DMD report being socially isolated and marginalised with poor support around planning for adulthood, no employment and little independence because nobody expected them to still be here. Even in Denmark where care is optimal, adults report regret at lack of any formal qualifications and relationships suggesting a lack of forward thinking in their school support.

more often than not they are viewed by society through a medical model seen as ‘victims of personal tragedy’, rather than through an affirmative paradigm

As well as coping with a physically deteriorative condition, those with DMD face a higher risk of dyslexia, Attention Deficit and Hyperactivity Disorder Autism Spectrum Disorder. The Social Model of Disability (Oliver 1983) argues that these young people are disabled by society rather than by their impairments, facing often insurmountable challenges from both the physical environment and people’s attitudes – getting into friends’ houses, cafes, youth clubs and even some schools can often be impossible when you use a powerchair, and accessing textbooks is a struggle if you have difficulty reading. However, more often than not they are viewed by society through a medical model seen as ‘victims of personal tragedy’, rather than through an affirmative paradigm.

This is illustrated by the findings of a survey on the quality of life of young adults with DMD using assisted ventilation and their health care staff in hospitals across North America in the early 1990s (Bach et al. 1991). The health professionals significantly underestimated the quality of life of the DMD participants, due particularly to their dependence on ventilation, whereas the DMD adults reported good life satisfaction. Interestingly, in some of the measures (eg. housing) the health professionals reported a significantly lower score for themselves than the adults with DMD!

The impact of expectations on all children can be very powerful. When I worked as a teacher in East London I had a boy in my class who was struggling to read. When I met with his mother she told me that the reason her son was having difficulties was because he hadn’t been to school in the past three years as he had been living in Burundi and running from village to village as the militia destroyed villages and murdered civilians and members of his family.   The impact of this on staff was to make us respect this boy for his resilience. Nobody said ‘He’s been through enough let’s cut him some slack’ or ‘Let’s not bother with his times tables’, or ‘Let’s put him in a school with other children who have had difficult experiences’ – everyone wanted him to aim high and achieve great things despite (and perhaps because of) what he had been through. Yet often I find that expectations of professionals and families of young people with life limiting impairments like DMD can be very low despite the enormous effort these young people go through to get to school or recover from episodes of illness. Often they are placed in unsuitable educational settings when with the appropriate adjustments would be more than able to achieve in mainstream schools, and are not entered for examinations even though they are clearly capable of more than is being asked of them.

A project I ran from 2008 – 2011 showed that young people with DMD were able to make significant progress in their reading if given the right support (Hoskin and Fawcett 2014). Parents reported it had given them the opportunity to see their son ‘in a new light’ as someone who ‘knew a lot’ rather than focusing on their difficulties. Overwhelmingly schools appreciated the chance to understand more about the needs of the young person they were working with and felt they were ‘given permission’ to start to challenge them to achieve greater things.

The spirit of the new SEND legislation (Children and Families Act 2014) is about higher aspirations and better outcomes for disabled young people. It is no longer good enough for them to leave school not knowing what they will be doing, and support throughout school must help them to develop skills necessary to achieve their dreams in life. If this culture shift does occur, young adults with life limiting impairments will not be the ‘unanticipated generation’ they currently are.

Hoskin, J. and Fawcett, A. (2014), Improving the reading skills of young people with Duchenne Muscular Dystrophy in Preparation for Adulthood. British Journal of Special Education, 41: 172–190

The Children and Families Act 2014, Part 3: Children and Young People in England with Special Educational Needs or Disabilities 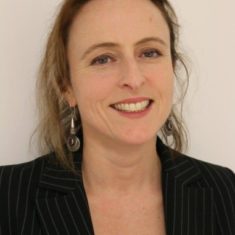 Senior Lecturer in Special Education at University of East London

Dr Janet Hoskin is Senior Lecturer in Special Education at the University of East London. She is a founding member of the charity Action Duchenne for whom she co-manages a lottery-funded Transition to Adulthood project for young people aged 14-19 years with DMD called ‘Takin’ Charge’. She is involved in supporting a Leadership Programme for young adults 19 – 25 years with Life Limiting Impairments through Decipha CIC. Janet has a 15 year old son with DMD.