It might seem as if buildings, the physical location of education, are of only tangential interest to an education researcher: something that can be left to architects in the same way as the human bodies of teachers remain the preserve of biologists.  However, as I will demonstrate, the settings for education, are linked to the practices and outcomes of teaching and learning, both directly and indirectly.  Importantly, the complexity of the relationship suggests the need for developing shared, cross-disciplinary understandings, rather than the adoption of design recipes or reliance on isolated architectural expertise.  There is evidence of physical environments being drivers and enablers of change, but most convincingly when alterations to the setting are integrated with other developments.   Researchers and practitioners of education, therefore, need to think more about actual and possible spaces and places of education.

A fundamental finding is that quality of physical environment broadly correlates with student outcomes, such as attendance, behaviour and achievement (Durán-Narucki, 2008; Kumar et al., 2008; Woolner et al., 2007).  But this is a correlational, not a simple causal, relationship.  It seems to be more about poor environments having negative effects, as opposed to good environments enhancing learning or teaching.  Indeed, defining a ‘good learning environment’ is problematic because its success depends on what you are trying to achieve, with different sorts of learning making different demands on the setting.  This relationship ranges from the banal observation of different environments for PE, science and music, to the more interesting research finding that traditional classrooms tend to be used for teacher-centred teaching while more collaborative learning, as well as teaching, happens in alternative set-ups (Horne-Martin, 2002; Sigurðardóttir & Hjartson, 2011).

Changing the physical setting can be an important part of educational innovations: supporting initial change, then embedding and sustaining new practices of teaching and learning

The next elements to my argument, though, are to note that space does not determine behaviour, although it may influence, and, in contrast, that people can alter space to try to make it fit their intended behaviour.  Individual teachers do this on a small scale whenever they reshuffle classroom furniture, and there is evidence of innovative and effective schools making active use of their setting, reorganising or adjusting as needed to support their educational endeavours (Uline et al., 2009; Rutter et al., 1979).  Changing the physical setting can be an important part of educational innovations: supporting initial change, then embedding and sustaining new practices of teaching and learning.  This role seems most pronounced when the attempted change integrates alterations across social, organisational and physical elements, with development of timetabling, curriculum, staffing and space, for example, pursued as a coherent whole, not as fragmented initiatives.

These sorts of multi-strand changes seem to benefit particularly from including the physical setting because changed space is a tangible sign of the more implicit alterations, and also has the power to inspire and support further innovation.  In a school programme we evaluated (Open Futures: see Woolner & Tiplady, 2014), a very visible school garden was co-opted by a languages teacher to support vocabulary learning through labelling the vegetables in French and as a head teacher in another school put it: “If you’ve got that infrastructure, you can use it and you want to use it don’t you?”.

Thus, while professionals from outside education who design educational settings undoubtedly need to understand teaching and learning, it is equally important that educationalists attempting pedagogical innovation or improvement consider how the physical environment is, or could be, involved.

Horne-Martin, S. (2002). The classroom environment and its effects on the practice of teachers. Journal of Environmental Psychology, 22: 139–156. 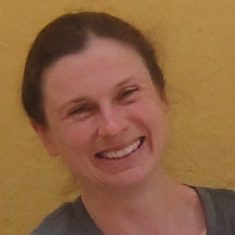 Research Centre for Learning and Teaching at Newcastle University

Pam has a growing reputation in understanding learning environments, with work that includes investigations of underlying issues and research into the design and use of space in British schools.  She contributes to discussions of these ideas both nationally and internationally, and her current research includes the development of appropriate learning spaces in higher education.

Originally a secondary school teacher, Pam has over a decade of varied, direct experience in educational research.  This has centred on understanding the learning environment provided by schools and investigating the participation of users (including students, teachers, non-teaching staff and the wider community) in this understanding. Her work, bridging architecture, education and visual mediation methods, is unusual and she has been invited to provide expert input into projects and discussions regionally, nationally and internationally.  Outputs have included an influential review, a book about school space aimed at users and an interdisciplinary book exploring possibilities for collaborative approaches to school design and use.

Across educational contexts and times, Pam continues to argue for the importance of thinking about how we design, organise and use educational space, with the participation of teaching and learning communities in decisions about their space being vital.

Teachers’ voice in the development of curricula for 21st century competences

The challenge of researching dialogic interactions in digital classroom contexts