Third sector community organisations are important sites for learning, especially for the most excluded groups in society. However, little attention has been paid to the various factors shaping educational provision in community contexts, and how these interact to shape the provision available to marginalised populations. In a new article published in the British Educational Research Journal (Jones, 2020), I present new evidence addressing this gap, through drawing on interview data from 27 practitioners working in the UK homelessness sector.

Homeless adults represent one of the most marginalised populations, excluded not just from educational and economic opportunity but also from accessing a secure home, often combined with multiple and complex needs. Education provision is a neglected topic in policy, practice and research relating to this group. As Fitzpatrick, Kemp and Klinker (2010, p. 34) note, ‘most research addressing homelessness and education is limited to children’, perhaps reflecting ‘little expectation that underachievement at school can be compensated for afterwards’.

‘Homeless adults represent one of the most marginalised populations, excluded not just from educational and economic opportunity, but also from accessing a secure home, often combined with multiple and complex needs.’

Launching a basic skills pilot back in 2014, the then skills and enterprise minister Matthew Hancock boldly stated: ‘It is wrong that until now excellent education projects led by [homelessness charities] have been denied government funding – today we are putting that right’ (Varvarides, 2014). However, despite sporadic policy pronouncements about the importance of engaging homeless adults in education, tangible support is hard to identify.

Interviewees in my study described learning opportunities that were typically short-term, ad hoc and in a precarious position. The article identifies a range of factors behind this. These were: service-user need and demand; staff roles and capacity; organisational purpose and structures; national policies; support from other adult education providers; non-governmental finance; and volunteers. However, factors associated with the national policy context appeared to be most significant. National policies of austerity, welfare reform and adult education were central to interviewee explanations for the nature of provision in their settings.

In relation to welfare reform, increasing amounts of staff time were consumed by helping service users to learn about, understand and deal with changes to an increasingly punitive benefit system, rather than more ‘meaningful’ activities such as education.

There’s an element of crisis work that has become a priority … the number of people in situations where they’ve been going for week after week without money … that kind of work has taken a priority over the last year or so.

Some interviewees even planned course provision around the conditions service users were expected to meet in order to access benefits:

It affects the attendance … because they do have appointments on what they need to stick to.

Alongside this, the broader impact of austerity on provision in these settings featured heavily in the accounts of interviewees. On top of drastic funding reductions in recent years, most organisations did not receive any statutory education funding, and access to funding which recognised the challenges working with their ‘client group’ was hard to find:

If we go to a hostel and two people show up, and the funding that we’ve used for that is based on a guided learning hour calculation … it’s not sustainable for us … we need to find funding that recognises how much it costs to do that well and that’s a real struggle.

Recognising the limits of their own capabilities, interviewees tried to draw on resources from the wider adult education community. However, they reported notable reductions in engagement and outreach in recent years:

We used to have the [adult education provider] in. They used to regularly do stuff at [the organisation]. I’m going back several years … particularly literacy classes … but all that funding’s gone.

Overall, the research presented in my article (Jones, 2020) found that against the odds, staff and volunteers provide some educational provision and support in the homelessness sector. However, so long as government policy and funding does not recognise, reward and support such provision, it is likely to remain piecemeal and highly contingent on the contribution of volunteers and short-term grant funding. I argue that policymakers should reflect (and act) on the fact that despite sporadic policy pronouncements about the importance of supporting homeless adults to develop their skills, this has not been matched through any tangible support. Funding must be made available which recognises the challenges involved in supporting homeless people to improve their skills, and build on existing provision developed in response to service user needs, capabilities and aspirations.

This blog is based on the article ‘Understanding adult education in community contexts: A critical realist perspective’ by Katy Jones, published in the British Educational Research Journal on an open access basis. 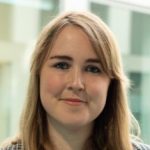 Dr Katy Jones is a senior research associate in the Centre for Decent Work and Productivity at Manchester Metropolitan University. She has previously held research positions at the Work Foundation (part of Lancaster University) and the University of Salford. Her research focuses on support for people to move into and progress in work, mainly in relation to active labour market policy and vocational education, and with a particular focus on those most disadvantaged in the labour market. Katy has published widely on topics including youth unemployment, homelessness, welfare conditionality and skills. She is a predominantly qualitative researcher, with a particular enthusiasm for qualitative longitudinal research. She is passionate about engaging with policymakers and ensuring research is impactful and accessible to a wide audience.