For my PhD I conducted 20 life history interviews (Goodson, 2008; Goodson & Sikes, 2017) with teachers in early, mid and late career, in order to understand each participant’s personal journey into teaching. During a professional timeline interview each teacher drew a line on a chart indicating fluctuations in their professional identity over time. Based on earlier teacher career models, the chart began in the year when participants entered the classroom as newly qualified teachers.

Four of the early-career teachers in my study had previously worked as support staff in school and felt that their own teaching career had started much earlier than on the chart. Cat* trained to teach through a salaried school-based route and finished her training in the same class where she had previously been a teaching assistant.

‘I’d already worked at this school for a long time … I had planned lessons before, I’d got established routines, you know, I was already doing it all really, but without the piece of paper.’

Some teachers in their mid-career phase expressed a desire to move into a role outside of the classroom where they could support the next generation of teachers.

‘I have a friend who works with [University name], and she goes out to see [students] on placements and things like that … I have always enjoyed having teacher training students in, and I do have a bit of an interest in that.’ (Julia*)

After 26 years in teaching, Janet* was embarking on a new role, working in a university, supporting students and schools on the initial teacher education programme.

‘I felt that I would be in a position to inspire, hopefully, trainees [and] nurture schools … so that really was my rationale for coming here. Because I felt that there was an impact that the university could have.’

Reflecting on the discussions I had with teachers in all phases, it can be argued that the existing models of teacher careers should be reconceptualised. With Teach First offering a fast-track training programme for talented support staff to become qualified teachers (Teach First, 2020), and the National Foundation for Educational Research reporting that ‘a large proportion of teachers who leave the state sector in England remain in the wider education sector’ (Bamford & Worth, 2017, p. 3), maybe it’s time to recognise a ‘career in education’ rather than a ‘teacher career’. This reframing would recognise the roles of support staff, teacher and teacher educator as different jobs within a lifelong career.

Note: * Each participant in this article has been given a pseudonym. 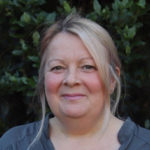 Research Fellow at University of Birmingham

Maxine Watkins has a keen interest in the social psychology of education and teaching. Her PhD took a grounded theory approach to explore the dynamic nature of a teacher professional identity and its relationship with career decisions and commitment to the profession. Analysis of life history and professional timeline interviews supported the development of a multidimensional, identity-based model of teacher career. Her model differentiates between multiple levels of identity (individual, relational, collective) and the relationship with different foci of commitment (career role, school community, shared ideology). Maxine was a lecturer in psychology within the School of Psychology at the University of Worcester between October 2018 to July 2021 and is now a research fellow in the School of Social Policy at the University of Birmingham.