This blog post is a summary of the discussion that took place during the recent BERA event dedicated to Ukraine: ‘The voice of Ukrainian Educational Research Association across borders or is there educational solidarity during the Russian-Ukrainian war?’. The atrocities that have been inflicted on Ukraine prompt us to turn to education as an important area through which positive change can be instigated. The following three messages were the focal points of the discussion.

Message 1: Education and the state of social justice are interconnected

This message is rather a reminder of Freire’s (1970/2007) powerful theorisation of the two scenarios of societal development and the role education plays in this. In the first scenario, education is used to sustain an oppressive structure in which citizens are raised as passive recipients of the order that is imposed on them by the oppressors. In the second scenario, education serves as a liberating tool for bringing up critical thinkers who will seek ways to transform the society for the better. In both scenarios, there is a shaping relationship between an education system and what happens in the wider society.

‘Russia’s war in Ukraine has been a turning point in perpetuating injustices on all levels: from the international geopolitics to the devastating impact on the lives of particular individuals.’

Russia’s war in Ukraine has been a turning point in perpetuating injustices on all levels: from the international geopolitics to the devastating impact on the lives of particular individuals. Evidently, social justice in Ukraine has been compromised and education remains a key tool to promote change through disseminating the knowledge about what has been happening. Such knowledge is essential to contribute to the development of a generation of global citizens who will work on transforming the world for the better, rather than display a silent indifference to what may not directly concern them. Raising such a generation of global citizens would entail pursuing Freire’s liberating education scenario.

Message 2: It is unavoidable that the education sector reacts to wider societal injustices

As much as some would want to impose a boundary between politics and education, education is a political field (Marshall & Scribner, 1991). Any neutrality that an education sector (of a country) may want to adopt in relation to wider political events is a particular political position in itself. The adoption of a ‘neutral’ position to this war by the unaffected would be a sad outcome of the decades of fighting for social justice globally against unequal power relations between the oppressors and the oppressed in different areas of life. We, as a global society, have made a leap from pervasive inequalities to tackling some forms of injustice to some extent in some parts of the world, such as racism, sexism, ageism, and so on. However, despite the decades of fighting for justice, these are only the first steps of many that have to be taken, with another form of injustice to overcome added to the list – the war against Ukraine. If the representatives of the education sector around the world do not use education as a tool to promote social justice, the only other thing they can do is reinforce existing oppression, in Freire’s (1970/2007) terms.

Message 3: The role of academic research in generating knowledge about the war and related injustices

There seem to be two types of knowledge: truth generated by ethical research and propaganda created on twisted facts. The Russian war in Ukraine has showcased one more time that the knowledge people form, based on the information sources they prioritise, shapes minds, lives and history. The line between truth and propaganda, sadly, becomes blurred for those who do not have the knowledge and skills of distinguishing between credible and non-credible information sources. Disinformation in our ‘post-truth’ world (Ylä-Anttila, 2018, p. 356) becomes a fertile ground for different types of persecution and discrimination. The ‘post-truth’ demagoguery is, arguably, a culprit of our technological advancement, as copious sources of information bombard us with what we are left to interpret as believable or not. High-quality ethical research and its dissemination is the only tool that is left to help us navigate our way and help others in this dynamic world.

‘High-quality ethical research and its dissemination is the only tool that is left to help us navigate our way and help others in this dynamic world.’

As academic researchers, we have a duty to the current and next generations to ensure that high-quality ethical research about the war survives in our global society – to counter propaganda and become the saviour of the world population in this ‘post-truth world’. Research determines the knowledge that humanity holds. It defines the future.

It is essential to continue reflecting on these three messages, carrying on with learning events such as the one that served as a platform for this valuable discussion. 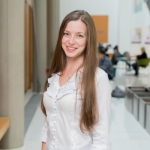 Dr Kushnir is a Senior Lecturer at Nottingham Trent University. Prior to this, her mobile academic career let her experience academia in five countries across seven universities, including the Universities of Edinburgh and Sheffield in the UK. Her research is at the intersection of higher education policy and sociology, post-Soviet Europeanisation and social justice. She is particularly interested in the higher education policy and politics of the Bologna Process. Her work has led to empirical and theoretical contributions, and a wider societal impact of her work is in co-establishing and developing the Ukrainian Education Research Association. She is also the author of the monograph ‘The Bologna Reform in Ukraine: Learning Europeanisation in the Post-Soviet Context’ with Emerald Publishing, and one of the reviewers of the BERA Research Ethics Guidelines. Dr Kushnir is also the PI on the project funded by Spencer Foundation and is going to the University of Bergen as a Visiting... 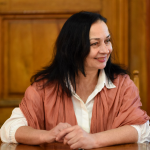 Oksana Zabolotna is a teacher facilitator, educational consultant and researcher. She is Professor at Pavlo Tychyna Uman State Pedagogical University, senior officer of the Department of International Cooperation of the Institute of Pedagogy of NAES of Ukraine, and British Council Ukraine master trainer. She is President of Ukrainian Educational Research Association and Editor-in-Chief of Studies in Comparative Education Journal. The key research interests are alternative education, gender issues in the Academia and teacher professional development. 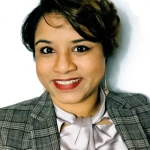 Senior Lecturer in Education Practice at University of Roehampton

Melissa is an Early Career Researcher in Education at the University of Roehampton, leading on an institution-wide initiative to develop a research and knowledge exchange culture and citizenship across staff and postgraduate students. In 2021 she was elected to serve as an Academic Representative on the University Senate. Melissa is also a Director for Advance HE’s Diversifying Leadership Programme which aims to promote a leadership mindset for BAME academic and professional staff across UK Higher Education institutions. She held a Visiting Fellowship at the University of Oxford’s Centre for Comparative and International Education (2015) and completed her PhD on comparative education systems part-time at the Australian National University (2017), while working as a Project and Communications Manager. Melissa is enthusiastic about research-led teaching. In 2020 she was shortlisted for a university-wide Academic Lecturer of the Year award by the Roehampton Students’ Union...