In a previous BERA Blog we highlighted evidence of an anti-LGBTQ+ discourse in England and within schools internationally. In other research we have highlighted the link between LGBTQ+ identities and minority stress (Stones & Glazzard, 2019). Given this context, we have become interested in the experiences of students in higher education who identify with non-normative gender identities and sexualities.

Students who identify as lesbian, gay, bisexual, transgender, queer/questioning or other identities may choose to study at a university which they perceive to offer a safe space so that previous experiences of bullying, prejudice and harassment are not repeated (Formby, 2015). Their perceptions of safety may be influenced by the presence of a vibrant gay scene and consequently large towns and cities become popular places for higher education study for LGBTQ+ students. Research has found that students who identify as LGBTQ+ may seek to ‘escape’ from homophobic home communities which have ‘strictly regulated boundaries of acceptable (that is, heterosexual) behaviour’ (Taulke-Johnson, 2010, p. 256).

Evidence suggests that people who identify as LGBTQ+ experience increased risk of developing mental ill health compared to those who identify as heterosexual (NUS, 2014). LGBTQ+ people face an increased risk of experiencing violence, physical or sexual abuse and consequently they are more likely to develop depression, anxiety, contemplate self-harm or attempt suicide (NUS, 2014). Bisexual students are generally less satisfied with the student experience than lesbian or gay students and transgender students face heightened risks of abuse and physical assault (NUS, 2014).

Campus climate is not just influenced by homophobia. It is shaped by a sense of belonging and acceptance. Even if students do not directly experience homophobia, a negative campus climate can affect their willingness to openly declare their sexual orientation or gender identity. Universities can be places where varying levels of ‘outness’ or self-censorship exist (Formby, 2012, 2013). On campuses where there is a masculine, heterosexist ‘laddish’ culture, LGBTQ+ students may be forced to negotiate their identity by hiding it, toning it down or by passing off as straight. Homophobic language which is excused as banter can be deeply damaging to students’ mental health and it can impact detrimentally on students’ sense of belonging.

Fostering a climate of LGBTQ+ inclusion requires a whole-institutional response. While displays of the rainbow flag and lighting up university buildings in the pride colours during LGBT month demonstrate a clear visible commitment to LGBTQ+ inclusion, these strategies only addresses inclusion at surface level. To promote a culture of deep inclusion, LGBTQ+ identities and experiences need to be addressed within the higher education curriculum so that the visibility of minority identities is increased. Assessment tasks also need to provide opportunities for students to work on projects which address LGBTQ+ identities and experiences.

Whole-staff training is essential so that staff are able to recognise homophobia, biphobia and transphobia, and are able to respond to it appropriately. Personal tutors require training in how to manage student disclosures and central student support services need to be protected for those students who are experiencing mental ill health. Lecturing and administration staff require training on pronoun use and unconscious bias, and access to gender-neutral toilets and changing facilities can help to foster a culture of inclusion.

Empowering students to lead on LGBTQ+ inclusion positions the student as a producer rather than as a consumer. LGBTQ+ student ambassadors, LGBTQ+ peer mentors and student-led conferences and workshops all serve to demonstrate excellent models of student partnership. Developing an LGBTQ+ staff–student network is also an excellent way to facilitate collaboration between various stakeholders.

‘A university education should be far richer than simply gaining a degree: it should enable students to leave higher education with a personal commitment to challenge discrimination and prejudice.’

Developing a whole-institutional approach to LGBTQ+ inclusion enables students with non-normative gender identities and sexualities to flourish. It engenders a sense of belonging and this enables them to thrive, complete their courses and achieve good outcomes. The university experience should be liberating. It should be a time in which students can explore their identities and have these positively affirmed. Failing to address this strand of inclusion has implications for society as a whole as well as for individuals. Universities play an essential role in exposing students to diversity and shaping their thinking in positive ways. For some students, this should involve them in a process of reframing previously held beliefs, attitudes and values so that they can enter the world as moral citizens who are committed to social justice. A university education should be far richer than simply gaining a degree: it should enable students to leave higher education with a personal commitment to challenge discrimination and prejudice. This is an outcome which is not easy to measure and does not form part of student satisfaction surveys or league table rankings. If students are passionate about recognising and challenging discrimination and prejudice, there is hope for a more socially inclusive society.

Stones S., & Glazzard J. (2019). Using minority stress theory as a conceptual lens to frame the experiences of teachers who identify as LGBTQ+. International Journal of Learning, Teaching and Educational Research, 18(7), 1–15. 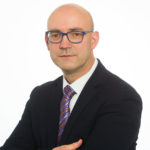 Professor and Head of Department at Edge Hill University

Jonathan Glazzard is Professor of Teacher Education and Head of Department of Primary and Childhood Education at Edge Hill University. He is Director for the Centre for LGBTQ+ Inclusion in Education and he researches mental health, disability and early reading development in children and young people. In 2018, he became co-convenor of the BERA SIG for Mental Health and Wellbeing in Education. Jonathan is a teacher educator and has extensive experience in leading primary ITE programmes and in ITE quality assurance across primary and secondary courses. He teaches on all teacher education programmes and supervises students at masters and doctoral levels. He is a National Teaching Fellow and a Principal Fellow of the Higher Education Academy. He has recently completed his second doctorate in Educational Psychology at the University of Dundee. 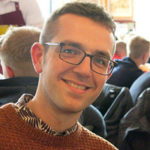 Samuel is a researcher and lecturer in the Carnegie School of Education at Leeds Beckett University and assistant headteacher (curriculum and assessment) at a secondary school and sixth form college in North Yorkshire. Samuel holds a prestigious doctoral scholarship within the Carnegie School of Education. This enables him to work in partnership with the Centre for LGBTQ+ Inclusion in Education based at Leeds Beckett University where he researches the role of schools in advancing LGBTQ+ inclusion.