Having had a quieter few years legislatively, higher education once again made the headlines of George Osborne’s Summer Budget on 8th July. Although it had been widely trailed, the chancellor confirmed that student maintenance grants for those from low and middle income backgrounds would be scrapped in favour of loans. These loans would rise to £8,200 per year for students studying outside of London, and would only be paid back when graduates were earning at least £21,000 per year. The argument for this was presented partly against a background of necessary cuts to the higher education budget (we are still waiting to hear where the expected £450m of cuts in BIS will fall) but also with the chancellor stressing that the rise in tuition fees during the last Parliament had not put young people from disadvantaged backgrounds off going to university.

UCAS figures released in January this year did indeed show that university applications from English 18-year-olds from disadvantaged backgrounds were at record levels, so alongside new Universities Minister Jo Johnson’s recent speech stressing a Government commitment to widening participation this should not spark too many concerns across the sector. Having said this, last Wednesday’s announcement has attracted criticism, or at least concern, from a diverse range of organisations including the British Medical Association and universities think tank Million+

Following Jo Johnson’s groundwork laying on a future Teaching Excellent Framework (TEF) during his Universities UK speech, the quality of teaching at higher education institutions also featured in the Budget; Osborne confirmed that HEIs with high teaching standards would be able to increase tuition fees in line with inflation following consultation. Many questions remain on the TEF which was created with the aim of creating “incentives for universities to devote as much attention to the quality of teaching as fee-paying students and prospective employers have a right to expect”.

Given the current debates going on around both higher education quality assurance and Research Excellence Framework (REF) metrics, the Government will need to consult thoroughly before attempting to firm up the details.

As a key feature for the Government’s plans to boost employment and productivity, Osborne announced the introduction of an apprenticeship levy on large firms. Further details on this would feature in the Spending Review, following consultation, the chancellor confirmed. Just two days later the much awaited productivity plan was launched by Business Secretary Sajid Javid and reiterated focus on producing a highly skilled workforce through the creation of three million apprenticeships and inviting “local areas to participate in the reshaping and commissioning of local provision”, the latter having been at the heart of many across the FE sector’s visions for the future.

Earlier in the year the Government announced that funding would decrease by 24 percent for the 2015-16 academic year for non-apprenticeship adult further education. The Government has finally sent out strong messages on the education of the 16+ population, ones that have the dual intention of producing a highly skilled and productive workforce and keeping the burden off the taxpayer. The devil may well be in the detail regarding the £450m cuts to both BIS and the DfE; the further and higher education landscapes are undergoing changes which need colour added to them before the results can be assessed.

Dods provides the understanding, skills, intelligence and contacts you need to engage with politics, public affairs and the public sector. 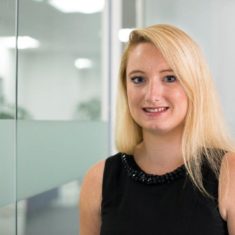 Since Harriet Jones joined Dods she has led a team of Political Consultants as well as managing her own portfolio of clients across the education and media sectors. As part of this, she keeps organisations ranging from universities to broadcasters abreast of political developments in their sectors, providing live and contextualised information. Prior to Dods, Harriet worked on the international education strategy at the Department for Business, Innovation and Skills as well as in communications roles with a number of private sector organisations.