This short text aims to shed some light on the education of first year child welfare pedagogues in Norway. These are undergraduates and social pedagogy is mandated in their education and training. This is a national requirement and it applies to all providers of higher education in Norway that offer a three year full-time course in Child Welfare Pedadogy.

Social Pedagogy as a descriptor contains an adjective social» – and a noun – «pedagogy». Yet often in life the noun «pedagogy» is preceded by a different adjective: namely, «cognitive». Indeed, «cognitive pedagogy» is the most explicit and visible form of learning in schools, colleges and universities. Cognitive pedagogy generally refers to the teaching and learning of subjects, such as Norwegian, Mathematics, Art, History, Gymnastics, and Chemistry. By contrast, social pedagogy largely involves both the «learning» and the moral internalization of norms and values. In Norway, for example, children in pre-school learn and practise co-operation with each other and also with other significant others: notably, with teachers, family, and friends. I use the word «learning» guardedly because Aristotle rightly reminds us that values cannot really be taught. They must be felt with conviction. What do you think? This is not a rhetorical question, by the way.

Because most Norwegian children live, of course, in Norway, they learn and acquire a lot of knowledge and practice about Norwegian culture. This includes respect for the following values: equality between girls and boys; between people who are disabled and people who are not; and between Norwegians and people from other countries. In practice, much of the process involves interactions with same-age peers, often in pre-school. Actually, social pedagogy is at its most effective in the early years. Yes, genetics has a part to play in the unfolding of a human being from zero onwards. But so too does socialization. Purposeful socialization into ethical roles – particularly, a concern for the well-being of others – must start early before anti-social tendencies (e.g., racism and sexism) can become ingrained. The process involves some cognitive learning – notably, what the «social grammar» (or rules) of the game are – as well as a lot of emotional conviction: in this case, feeling with a kind heart that what the head learns really is right.

This brings me to my final point. Social pedagogy is a subject and a practice that, at its very best, knows and feels that social justice for all is realistic social policy. Fulfilling that goal as a social pedagogue – f. eks. som en barnevernspedagog (e.g., as a child welfare pedagogue) – takes effort and bravery. 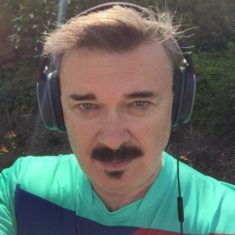 Professor of Social Pedagogy at University of Stavanger

Paul Stephens, Inaugural Professor of Social Pedagogy at the University of Stavanger, in Norway.

I am London-born and raised, and I obtained two degrees in sociology at the University of London: BSc Hons and PhD. My nationality is Internationalist, my politics Socialism, and my religion Roman Catholicism. Nelson Mandela, Karl Marx and Pope Francis are strong influences.

I am currently a researcher in Norway, and I believe – like many Norwegians do – that social justice is realistic policy. I hope that my published research, both statistical and textual, adds a little bit more to the sum of light.

The essence of social pedagogy