So writes Lionel Shriver, in a recent Spectator article. While her comments discomfited many, they resonated with others such as Toby Young, who, no doubt seeing themselves as good old meritocrats, worry about Penguin Random House’s ‘virtue-signalling inclusion policy’.

Shriver has claimed that her column was ‘mocking at quotas’; and that it did ‘not attack anyone from diverse backgrounds’. Moreover, she argued on BBC Radio 4’s Today, the form demands ‘hav[ing] a strong voice, and you’re also supposed to be entertaining’. This was, then, ironic in intent.

Shriver may not be entirely wrong. Possibly she understands that a model of diversity that assumes middle-class mores to be (a) fixed and (b) the standard to which all should aspire is not the same as pushing back against structural inequality and systemic racism. But such understanding is never explicated. Too often she defaults to a meritocracy that is problematic, to say the least.

More often, she is simply wrong, not least when her comments have educational implications. She is concerned, for example, that a university degree is no longer a prerequisite for working at Penguin Random House, and jokes that copyediting is likely to become (even) worse. Rather than counter Shriver’s alarm by enumerating literary high-school ‘drop-outs’, let’s focus on one facet of identity – race – flagged in her parody of Penguin Random House’s new ideal writer, and review some of the structural and/or systemic issues around race and education in the UK.

Given figures like those cited above, why would an editor consider a university education an indicator of literary merit – in any writer (a ‘good’ degree might indicate passable standard English, but that is not literature’s vernacular), but particularly in writers from groups who historically and societally have been disadvantaged? Shriver is missing a more fundamental issue – one noted by Malia Bouattia – of structural educational inequality, which, arguably, Penguin Random House’s policy works with (by working around it), but does not directly challenge.

‘Why would an editor consider a university education an indicator of literary merit in any writer, particularly one from a historically and societally disadvantaged group?’

Shriver appears to argue that the sole criterion governing Penguin Random House’s publishing choices – prior to the diversity drive – was quality. So, we are to believe that quality, stripped of any context, speaks for itself, and that what’s good for literature is good for the market? Swerve the interminable arguments about quality, taste, aesthetics (short version: ‘Quality according to what, to whom? Measured against?’). The meritocratic argument presupposes absolute freedom on the writer’s side, a presupposition that does not square with a 2016 report, commissioned by Spread the Word and edited by Danuta Kean, which found that writers of colour are often pressured, as Kean put it, ‘to make their manuscripts marketable in this country by upping the sari count, dealing with gang culture or some other image that conforms to white preconceptions’.

Shriver is not the first to complain about diversity quotas. But her suggestion is surely not that quotas, targets and the like are only now, for the first time, entering the world of commercial publishing. (Even if it were, the complaint would be wrong in this instance: Penguin Random House, as Kenan Malik points out, is not demanding quotas.) Why complain and cry foul now, then, when focus has shifted to historically underrepresented, minoritised groups? Perhaps the diversity drive is not entirely ‘innocent’ (totally decoupled from commercial concerns), but to address historical and structural inequalities, structural changes must surely be made – in publishing, education, and elsewhere. 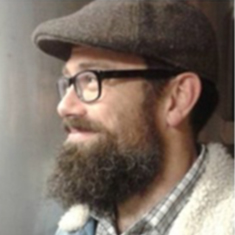 Oli Belas has been an educator – working first in HE, then moving to secondary education – since 2005. After nearly a decade in secondary education, working as an SEND classroom assistant and English teacher, he returned to HE in January 2018, joining Bedfordshire’s School of Education and English Language. His research interests are in philosophy of education, creative writing and English (literature, language), and issues around identity and social justice.

Building a Curriculum for a Sustainable Future