I came across this innocuous looking phrase in an interview with the French sociologist of education Bernard Charlot on the internet. He was quoting the psychoanalyst Jacques Lacan to explain how the idea had led to his research on the ‘relations to knowledge’ that pupils develop in secondary school. For me it was a new starting point for how we might understand the role that knowledge takes in the curriculum and why, from Key Stage 3 and sometimes earlier secondary schools differentiate a curriculum that begins as one common to all pupils. This differentiation begins informally in how parents and later teachers respond to children from birth and becomes institutionalised in secondary schools when some pupils are encouraged to drop some academic subjects and take up others that seem to relate more to their experience. This process then leads to the familiar academic/vocational divide at 16.

The issue of pedagogic and later curriculum differentiation was brought home to me when I recently became a Governor of the East London Science School (ELSS) where there is no formal differentiation of the curriculum for pupils between the ages of 11 and 16. All follow a common list of academic subjects. Something similar, of course is found in most grammar and Public Schools. However it would be rare to find a curriculum for all pupils up to the age of 16 based on academic subjects in a school like ELSS which is non-selective, and has approximately a third of its pupils eligible for free school meals. How then might we compare such different schools- take Westminster or St Paul’s and the ELSS for example- with a broadly similar curriculum? The difference is that in the case of the ELSS, a significant proportion of the pupils have poor literacy and numeracy skills and we can assume lost the ‘desire for knowledge’ during their years at primary school. In contrast schools like Westminster or St Paul’s can confidently assume that all their pupils are numerate and literate; their performance on entrance tests confirms this, and, at least potentially still have a ‘desire for knowledge’.

is it feasible for teachers to focus on the literacy and numeracy of some pupils at the same time as following the common academic curriculum with them?

The poor levels of literacy and numeracy of a significant number of pupils beginning at ELSS place a considerable burden on the teachers and raises a number of questions for the school about its common academic curriculum. For example, is it feasible for teachers to focus on the literacy and numeracy of some pupils at the same time as following the common academic curriculum with them? Inevitably the school will be judged by its results- initially GCSE in 2017.

However there are more immediate concerns, which take me back to the idea that all of us are born with a ‘desire for knowledge’. Poor literacy and numeracy skills are a real constraint on a pupil’s progress in the curriculum which cannot be wished away. However, by starting with the concept of a common ‘desire for knowledge’ this can be interpreted as a loss of the ‘desire for knowledge’ that the school can help them to rediscover. This is the pedagogic challenge facing teachers at ELSS and no one at the school that I have met imagines that they will be able to help all lower achievers to the same extent. However there are several factors in the school’s favour. Firstly, parent expectations for their children when they decide to send their children to the school are high; they know that it expects all pupils to achieve at least the EBacc. Secondly, the half termly assessments are integrated into the curriculum rather than treated as a measure of outcomes.  Thirdly, in answer to those who might think a curriculum based on academic subjects is too narrow, it is complemented at ELSS by a uniquely extensive enrichment programme. Finally a supportive CPD programme allows teachers to articulate the difficulties they face and reassure them about what is possible; many factors determine the progress of pupils.

Is an academic curriculum only appropriate for the children of parents can who can afford the fees of private schools or the extra costs of preparing their children for the 11+?

There are wider lessons and questions from the experience of one school. If it is successful why should it not be the norm for all schools, not just those that are selective?  Is an academic curriculum only appropriate for the children of parents can who can afford the fees of private schools or the extra costs of preparing their children for the 11+? Is the ELSS’s version of an academic curriculum the only or the best one? Surely the ELSS example offers a better way of reducing inequality than introducing new forms of selection and 11+? 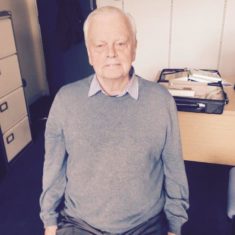 Professor of Sociology of the Curriculum at UCL Institute of Education

Michael Young is Professor of Sociology of the Curriculum at UCL’s Institute of Education. He studied chemistry and then sociology at the universities of Cambridge, London and Essex. He was awarded a doctorate (Honoris Causa) by the University of Joensuu (Finland) and has been a Visiting or Honorary Professor at universities in the UK, South Africa, China and New Zealand.

After a year in the chemical industry he taught science for six years in secondary schools before being appointed Lecturer in the Sociology of Education at the Institute of Education. From 1986 to 2000 he was Head of the Institute’s Post 16 Education Centre and became Professor of Education in 1998. In 2016 he became Professor of Sociology of the Curriculum. His research interests are on the question of knowledge in education with a special interest in the school curriculum, and professional knowledge.. His most recent books are Bringing Knowledge Back In (2008), Knowledge and the Future School (with David Lambert)(2014); Knowledge, Expertise and the Professions (with Johan Muller) and Curriculum and the Specialisation of knowledge (with Johan Muller).

Technology-mediated learning theory: A holistic and field-specific referent for the analysis of technology-enhanced learning