Following several conversations with recently qualified colleagues, it is alarming to me that many young educators have neither come into contact with, nor engaged with, the ideas of Paolo Freire (1921-1997). Through this short overview, I shall introduce both the man and his seminal work Pedagogy of the Oppressed (1970); a key text for those committed to equality-based education and critical pedagogy.

Though born into a middle class family in Recife, Brazil; Freire’s experience of hunger and poverty during the Great Depression had a radicalizing and transformative effect upon him. Between 1947 and 1962 he developed effective dialogical methodologies for educating adult illiterates; so effective, that after the 1964 military coup, he was imprisoned and later exiled to Chile. Following a period as a visiting Professor in Harvard and his time with the World Council of Churches, he returned to Brazil in 1979, joined the Workers’ Party and became Sao Paolo’s Secretary for Education in 1988.

Pedagogy of the Oppressed is his best known work. It is a profound statement of faith in humanity and a challenge for us all to consider our place, our responsibilities and our actions on the humanisation-dehumanisation spectrum. His philosophy, compassion and commitment inspire real (but searingly realistic) hope for the oppressed in all societies. Being a voice of ‘the South’, he demands our attention, our effort and a profound self-criticism.

Whilst the unpacking of the relationship between the oppressor and the oppressed is at the core of his work; his related concepts of dialogical (or problem-posing) and anti-dialogical (or banking education) are also crucial. His warnings regarding oppressive traits such as cultural invasion, false generosity and manipulation explain, for me at least, the cultural disconnect and distrust that typifies many student-teacher relationships. By way of contrast he advocates the concepts of unity for liberation, organization and cultural synthesis as tools for fostering both mutual understanding and conscientization.

Whereas Freire saw both humanization and dehumanization as real choices for mankind, he saw only the former as man’s true vocation. Thus, he saw the relationship between the oppressor and the oppressed (in all contexts) as dialectical contradictions that must be resolved if liberation (for both) is to occur. The “lovelessness which lies at the heart of the oppressors’ violence” can only be defeated by acts of love from the oppressed.

However he warns that the values of the oppressor can instead become housed in the oppressed, which may, in turn, lead them to aspire to become oppressors themselves. In the oppressor, the oppressed see the very model of manhood, to which they should aspire. Thus they view themselves in purely individualistic terms, fail to see their position as part of a group and have a “fear of freedom”. For Freire, the resultant false consciousness meant that the “great humanistic and historical task of the oppressed: (is) to liberate themselves and their oppressors as well”.

One way in which the oppressor-oppressed relationship is maintained is through the use of prescription. This is where one ‘man’s choices or opinions are forced upon another, thus depriving him of a voice and forcing him to accept the oppressors worldview. This can lead to self-deprecation where the oppressed feel that they do not have opinions of value and have low feelings of self-worth. The oppressed feel unable to act against the oppressor but all too frequently practice horizontal violence instead against their neighbours. Educators may recognise many of these traits in certain of their aggressive, self-destructive and/or violent students. Thus in order to avoid prescription in the classroom, the teacher must validate the student’s existing knowledge and show them that they too ‘know things’. In time, the oppressed may come to evict the negative self-concepts that they house within them.

In order to overcome this pitfall, radical educators must practice “co-intentional education”, where both teacher and pupil become co-intent on the critical unveiling of reality

Freire also warns of some of the pitfalls that teachers may face whilst attempting to help the oppressed. He warns that the use of propaganda, management and manipulation are all “arms of domination- (that) cannot be the instruments of their rehumanization…When men are already dehumanized, due to the oppression they suffer, the process of their liberation must not employ the methods of dehumanization”.  In order to overcome this pitfall, radical educators must practice “co-intentional education”, where both teacher and pupil become co-intent on the critical unveiling of reality.

Freire’s insights continue to be highly relevant to the practice of teachers today as they force us to question our own motivations, actions and belief systems. These ideas have had a significant influence in Ireland, on the development of the Educate Together movement during the past 30 years. By engaging with his work (for example through the Freire Institute) we are forced to both reflect upon the views and assumptions that we hold about our relationships with our students; the structures in which we work and indeed aspects of the society in which we live. Freire asks us to develop our world view in dialogue with our students and crucially, to acknowledge the fact that there is no such thing as an apolitical pedagogy.

“Washing one’s hands of the conflict between the powerful and the powerless means to side with the powerful, not to be neutral.”. 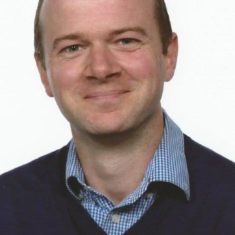 Colm O’Connor is the Head of Geography at Ecole éuropéenne de Bruxelles IV. Seconded by the Irish Department of Education and Skills in 2011, he has been heavily involved in both the development of the new school’s emerging ethos and in various school development planning initiatives. Previously he worked for 10 years in the Irish secondary system, where, with his background in social justice campaigning, he led various large-scale intercultural, ethics-based and environmental initiatives. His interest in and commitment to the fields of democratic education and critical pedagogy inspired his first MEd thesis; the subject of which was the educational experiences of gay youth in Irish schools and the influence of different school ethos’ thereupon.

Following 7 years on schools’ Boards of Management, his research interests have focused on Distributed and Critical Leadership and on the Finnish model of education. He is currently pursuing his second MEd (Leadership) through University College Dublin.

Teachers’ voice in the development of curricula for 21st century competences

Filling in the ‘Hole in the Wall’: The pedagogical implications of digital technology and learning with a SOLE