Over a period of 45 years working in higher education I have accumulated a lot of books. I am now sorting through that accumulation and trying to decide which I will keep and which I will pass on to others. In doing this sorting I have been reminded of those particular books that have made me what I have become – a sociologist of education. What follows is a list of the 10 most significant in that making.

This is the book that made me want to be a sociologist. Denis Marsden was my course tutor at Essex and his book made an enormous impact on me when I first read it. It was about me, my experience, my education, my travails. The book looks at the relations of home and school for 88 ‘successful’ working-class students who attended grammar school in Huddersfield – mine was in London. It made sociology into something real and immediate and exciting and necessary for me – something I wanted to contribute to, something worthwhile. Denis later acted as external examiner for my PhD.

This book was published in my second year at Essex. Again, it was about me and about my school experience, but this time the focus was mainly on school rather than home. It was one of the first attempts by a sociologist to enter and question the ‘black box’ of schooling. This is a careful, rigorous mixed-method study (decades before the term was coined). Reading Hightown Grammar led me to begin to think of doing a PhD myself in order to explore the experiences of working-class students in a comprehensive school. I did that at Sussex with Colin as my supervisor, and the PhD turned into Beachside Comprehensive (1981).

This was a basic introductory text to undergraduate sociology at Essex, and it has remained fundamental to my practice and thinking; I still recommend it to my students. Wright-Mills outlines what he calls ‘the sociological imagination’ as what ‘enables us to grasp history and biography and the relations between the two within society…’. Those relations, thought of in different ways using different concepts, have been the underpinnings of the doing of sociology for me throughout my career. They recur in various forms in the texts below and they involve, as Wright-Mills goes on to say, ‘the capacity to range from the most impersonal and remote transformations to the most intimate features of the human self’.

This is probably Foucault’s most difficult and challenging work, and was not where I started – that was Discipline and punish. The order is a tour de force, a rewriting of the intellectual history of western social science, an entirely original way of thinking about knowledge, based on the central claim that all periods of history have possessed certain underlying epistemological assumptions, conditions of truth and discourse that determined what was acceptable as scientific discourse. In other words, the possibilities of thought make certain truth claims possible and exclude others.

This was the first Foucault I read and it was a revelation, providing an entirely different way of thinking about education and the school. There is actually a lot about schools in it, and it contains Foucault’s question: ‘Is it surprising that prisons resemble factories, schools, barracks, hospitals, which all resemble prisons?’ This started me off on a 30-year engagement with Foucault’s work, which has made it necessary for me to rethink, both in ethical and practical terms, what education is and what it might be.

Michael’s book, now in its fourth edition, was one of the first attempts to outline a political economy of schooling; that is, to explore the relationships between the cultural, political and economic forces that impact on the school. The book addresses the issue of ‘how the kinds of cultural resources and symbols schools select and organize are dialectically related to the kinds of normative and conceptual consciousness “required” by a stratified society.’ (p. 2). Again, this is about structure and meaning, economics and everyday experience.

Anselm Strauss’s book offers a way of articulating and practising ethnography as a rigorous process without losing sight of its creativity – as a form of representation rather than discovery. The book opens the epistemology of ethnography to question through its practical techniques of coding. I was lucky enough to meet with Anselm on a couple of occasions.

8) P. Bourdieu (1986). Distinction: A social critique of the judgement of taste

Distinction is a rich toolbox of ideas and possibilities, both empirical and conceptual, and an extraordinary source of insights into what Bourdieu calls ‘social class in the head’ and the relations between structural and subjective aspects of class. It is a book I have returned to many times for inspiration, and was a key resource for a set of studies of education and social class in which I was involved in the 1990s and 2000s.

Arguably this was the first book to join up the socioeconomic processes of globalisation and neoliberalism with the social, psychological and emotional experiences of globalisation and neoliberalism. In particular, through the notion of space–time compression, Harvey made clear some of the ways in which the new global economic order inserts itself into and changes our everyday lives, both as workers and consumers – and interpolates us as global subjects. The global is both momentous and mundane.

In some ways Jessop’s book is a companion piece to Harvey, but Jessop’s focus is, as the title says, on the state and the reworking of the forms and modalities of the state by and in relation to neoliberalism – the shift from government to governance. This book offers a set of concepts that were fundamental to my interest in education reform and the role of non-state actors in education policy and delivery. As with Bourdieu and Harvey, Jessop provides a set of starting points and possibilities, resources for research and interpretation.

So, these books are keepers. I will never part with them: they are part of me, of what I think, what I do, how I think, how I do what I do. 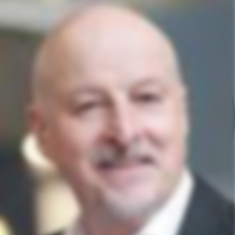 Professor Stephen J Ball is emeritus professor of sociology of education at the UCL Institute of Education. His main areas of interest are in education policy analysis and social theory: changes in governance and new state modalities the global education reform movement the relationships between education and education policy and social class. He brings to bear on these issues the tools and concepts of 'policy sociology' and in particular the methods of Michael Foucault and Pierre Bourdieu. In 2008 he was involved in launching BERA's