I read somewhere (maybe in J G Ballard’s Empire of the Sun, but I stand to be corrected) about events in some prisoner of war camps in Singapore, as the Japanese troops withdrew towards the end of World War 2. Unused to their freedom, the inmates elected their own guards to maintain their imprisonment.

I’ve wondered whether there’s an analogy there to the work of some Student/School Councils.

Are these student structures replicating school processes that maintain some young people’s marginalisation? Or are they (or can they be) transformative of those processes so that education is inclusive of all? Whose interests do these Councils serve?

dynamic and meaningful partnerships between students and adults

Student participatory work around the world is increasingly characterised by dynamic and meaningful partnerships between students and adults: within-classroom partnerships, as well as formal organisational partnerships within schools and systems. It is important to consider the intentions and values inherent in this work.

Michael Fielding asks and reminds us:

What is all this [student voice] activity for? Whose interests does it serve? Is student voice a neutral technology or an inevitable expression of a set of values and assumptions, not just about teaching and learning, but about the kind of society we wish to live in? 1

Recently I listened to students discussing their Student Councils’ concerns. Some raised issues about ‘disruptive students’ who prevented them from learning, and sought ways to improve that learning by excluding the disruptive students from classes. Another group discussed how to stop other students (and teachers) from smoking. In each case, the students discussing this were not the students with ‘the problem’. There was a sense of ‘good’ students wanting to ‘do things to’ the ‘other’, just as non-participatory approaches ‘do things to’ students rather than ‘with them’. These student groups were coming dangerously close to being a vehicle for the perpetuation of division – for the marginalisation and ‘imprisonment’ of the ‘other’. Other Student Councils at the same forums were much more diverse in their representation and inclusive in their intentions.

We need to ask whether these partnerships are intended to maintain the status quo, or to transform educational relationships, processes and outcomes.

David Labaree (1997) 2 analysed the struggles between the public and private good that play out within educational goals. He pointed out that we are in a time where the ‘private good’ of individual ‘social mobility’ dominates those goals. We can see the intentions of Student Councils reflected within these struggles: they can be about empowering individual leaders who will privately benefit from that experience, or they can be about enhancing the public good of all students through inclusive educational approaches.

If the processes by which students are elected/appointed to Student/School Councils privilege only those students who are already confident, articulate and successful (and who conform with existing norms), then these Councils are more likely to be agents to replicate than to transform. It may be in the interests of these students to maintain processes that exclude other students. It is easy for these Councils to be the witting or unwitting vehicles for maintaining (and even extending) those divisions.

Unless we, as supporters of active student participation, challenge them!

We need to be doing three things:

How we hear, listen to, acknowledge and argue with student voices – with respect, logic and evidence – is vital. But argue we must; for me, that argument will be around values of equity and inclusion. Roger Holdsworth

Serious and meaningful partnerships between students and teachers can entrench privilege – or they can challenge it. 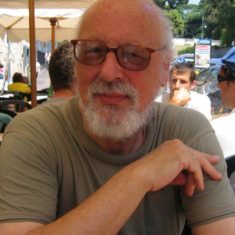 Editor, Connect at University of Melbourne

Roger Holdsworth has been editor and publisher of Connect, an Australian-based practice journal supporting student participation (http://research.acer.edu.au/connect/) since late 1979. The bi-monthly journal is now on-line and free. He is also an honorary Associate of the Youth Research Centre, Melbourne Graduate School of Education, The University of Melbourne. He has been a secondary school teacher, curriculum officer, youth sector policy worker, researcher, consultant and writer – particularly around issues of youth and student participation.

Peer support of teaching in college higher education, in the context of the Teaching Excellence Framework

How do we enact ‘informed consent’?