Since the 9/11 attack, terrorism studies have received a great volume of attention from academics. Terrorism is not a field that is easily researched, at least at first glance, and as such it presents various hurdles for researchers to overcome. Before researching their area of interest, researchers are faced with an initial conceptual struggle: what is terrorism? What is radicalisation?

The definition of terrorism is ambiguous within literature, sparking fierce debate within the field of terrorism studies. Over the years, the emotionally and politically charged nature of the subject has highlighted the struggle to produce a universal definition that encompasses the complex nature of terrorism (see Ganor, 2002; Greene, 2017). Although presented as a straightforward task, in defining terrorism scholars are tasked with fully encapsulating the complex nature of the act. This is mirrored in government policy and academic research, with alternative definitions being used in an attempt to explain the act.

This is also the case for understanding radicalisation. The term ‘radicalisation’ has been incorporated into, and indeed central to, to counter-terrorism policies and terrorism studies since 2004 (Kundnani, 2012). Silke (2011) noted that prior to the rise of Islamist terrorism, radicalisation was not a key concept associated with terrorism. The use of the concept purely in association with Islamist extremism has incorrectly implied that Islam is a necessary factor for terrorism, as the phenomenon of radicalisation extends beyond extremism of an militant-Islamist nature (Pisoiu, 2013). Processes of radicalisation have flooded the literature; meanwhile, others contest radicalisation itself, on the basis of a lack of empirical and conceptual grounds (see Schuurman and Taylor, 2018).

Despite deep-rooted conceptual issues, the field of terrorism research is becoming more active. Silke claimed that research communities with a real-world application have the ability to ‘remain active indefinitely without ever producing meaningful explanatory result’ (2001: 2).

Due to the sensitive nature of the subject, accessing radicalised individuals is increasingly difficult, which is only amplified for prison radicalisation research. Prison radicalisation has been identified as a great threat within the UK; however, the development meaningful research in this area through interviewing prisoners and staff within prisons, and ex-prisoners, is rare. Contacting individuals who have experienced radicalisation themselves, or in relation to terrorism, also presents various research dilemmas and ethical issues for academics. This is reflected within the literature, in which the majority of studies are based on theoretical understandings, secondary data or limited findings.

As a developing research field, there is little conformity in terms of methodological approaches. In 2002, Schmid and Jongman suggested that researchers were reliant upon open-source documents, with the majority of writing and analysis based on others’ data as less than half of researchers were able to generate their own data. This demonstrates the methodological issues facing the field of terrorism studies, despite the initial simplicity of the research task. These existing hurdles affect the field entirely if new data cannot be sourced, posing questions such as, What makes someone vulnerable to radicalisation? What makes someone become radicalised while others do not?

Terrorism research is calling out for clarity. However, with indecision polluting the field, the issue of universality does not appear likely to be resolved soon. New researchers must be aware of the pitfalls surrounding terrorism research, and seek to provide a new perspective on existing issues and new areas. The need for access to relevant individuals and data is crucial in order to effectively develop the field and produce meaningful, reliable research. Researchers must seek to develop terrorism literature without becoming weighed down in the conceptualisation issues that mask the real subject areas. Ultimately, terrorism research must be applicable and provide insights into the future of terrorism. Therefore, a solitary focus on Islamist extremism may limit the field of terrorism studies in the coming years.

Schuurman, B. & Taylor, M. (2018). Reconsidering Radicalization: Fanaticism and the Link Between Ideas and Violence. Perspectives on Terrorism, 12 (1), 3–22. 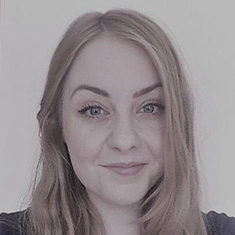 Amy Morrison is a PhD research student at the University of Winchester, researching radicalisation and extremism in prisons. Her research focusses on critically questioning the concepts of radicalisation in the prison environment, with an emphasis on vulnerability factors. She felt that this blog would be relevant for others considering research in this field, as it flags up the potential hurdles and struggles within the research area.