The perhaps deliberately leaked return to secondary modern schooling took playing politics with education to a new low. It signalled May’s appropriation of another of UKIP’s policies but, since it is likely to be defeated in Parliament, she quickly clarified, ‘It does not mean bringing back binary schooling but opening up the system.’ Initially in just six ‘opportunity areas’, as Justine Greening stated in her Tory Conference speech; here restoring secondary moderns might fit with Lord Sainsbury’s recent Report on Technical Education, along with existing University Technical Colleges and Studio Schools. Yet, these – plus 500 more ‘free schools’ – are unlikely to appease the majority of parents whose children fail to get into the new grammars.

Moreover, a wide-ranging opposition quickly gathered against the proposal, defending Gove’s legacy of independently competing ‘grammar schools for all’ (a contradiction in terms) as better providing ‘social mobility’. They meant limited upward social mobility of course, like that existing in most developing countries (including the USA with its comprehensive High Schools) for the 30 years of economic growth and expansion of managerial and professional occupations after the war. Although Tory mythology has it that after 1965 comprehensive schools ended this limited upward social mobility from the manual working class to the non-manual middle class, it has only been decisively reversed by today’s general downward social mobility. Any number of grammar schools will not change this.

Similarly, bringing back ‘apprenticeships’ will not transform the UK’s deregulated and deskilled service economy into a productive and highly regulated one like Germany’s. These two magic solutions to real social problems present human capital’s promise that more qualifications generate more jobs. Instead, most degrees – for instance – nowadays offer access to semi-professional employment at best but because many young people are desperate for even this security, they keep applying to uni’ – 4% more this year, a new record. Also, since more than 25% of graduates earn less than the £21k repayment threshold even ten years after graduating, it is unlikely many will ever repay their fee debts.

Nevertheless, universities meeting the new ‘Gold Standard’ of ‘Teaching Excellence’ can raise their fees still higher by supporting the new grammar schools, widening participation, improving completion and ‘raising attainment’, ie. grades! At the same time, private sector providers are subsidised to offer cut-price, two-year degrees to drive some of the existing universities out of business or into merger. All this competition to ‘raise standards’ from primary to postgraduate schools in the name of increasing (upward) social mobility!

Unfortunately, much educational research also conflates (limited upward) social mobility with social justice. So we see girls into engineering, ethnic minority youth into City jobs and other limited initiatives celebrated as showing the exception can prove the rule. Sociology with what has been called its Great British Class Fiasco (Mills, 2013) does not help. What Mike Savage calls his ‘multidimensional approach’ to social class (2015, 401) misappropriates Bourdieu to give equal weight to cultural and social alongside economic capital to constitute seven classes with no necessary relation between them.

In reality, the gap between richest and poorest has polarised at the same time as the latest applications of technology have erased traditional divisions between mental and manual labour. This leaves a new middle-working/ working-middle class sandwiched between the top 1% above and a reconstituted reserve army of labour below. The latter now comprises perhaps 40% of the employed population churning through a succession of part-time, insecure employment. To avoid falling into this precariat, the children of those in the middle of this pear-shaped class structure desperately run up a down-escalator of devaluing qualifications.

To address this, a National Education Service in partnership with industries and services committed to job creation would espouse a general education for all to 18, not reinvent academic and vocational routes from 11 or 14. Proper apprenticeships for sustainable work delivered in FE should link schools to HE where the academic vocation also needs to be rediscovered. Scotland’s labour market strategy – if not their approach to schooling – exemplifies such an alternative. 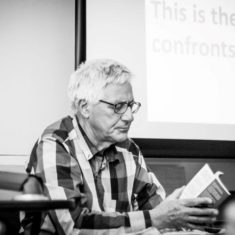 Patrick Ainley was Professor of Training and Education in the School of Education and Training at the University of Greenwich where he is now a Visiting Fellow in the Business Faculty and also at New College Oxford. His latest book is Betraying a Generation, How Education is Failing Young People. Bristol: Policy Press 2016.