‘Would you do that in school?’

A question familiar to anyone who trains new teachers, but one without an easy answer. There often appears to be a divide between what trainees view as acceptable in school and how they behave in the university-based part of their course. Orr and Simmons (2010) described the dual identity, of student and teacher roles, held by those undertaking in-service training in the further education sector, and this divide gets to the heart of the issues that we face. It is far too easy to shrug when faced with poor behaviour, and to talk about a lack of professionalism. Instead, what we need to do is to understand why it happens in order to move forward.

In some instances, trainees may slip back into the familiarity of a learner mentality (Lortie 2002) when on campus and, as such, expect a certain level of support to remedy issues and to meet their learning needs, which is a different expectation to that of placement. In forming a new identity as a teacher, the need for support is unsurprising; however, it still creates a potential gap in training for lecturers who are trying to ensure that the university and placement parts of the course are seamlessly integrated. The lack of obvious accountability as a student, compared with the role of a professional teacher, creates a mixed identity that generates confusion among trainees trying to make sense of diﬀerent aspects of their new role as teachers, in opposition to the comfort and experience offered by their familiar role as learners from years within the compulsory education sector. Many trainees struggle to form a consistent professional identity across the situations involved in their training, as they perceive them to be separate and, therefore, behave in differing ways according to where they are.

The conclusion that this leads us to is that professionalism is situated for trainees, and that their behaviour reflects this. This is perhaps explained in Evans’ (2008) definition of professional teachers having four reified states, with three of the four (all bar ‘demanded professionalism’) linked to placement learning. As these three states (professionalism that is prescribed, enacted and deduced) relate to a school setting, they can feel far more relevant when trainees are on placement – where professionalism is lived rather than spoken about – than in university, where their identity aligns to that of a learner.

‘If we accept the argument of situated professionalism, how can transference of behaviours be encouraged to emerge beyond the situation to which they are initially bound, eventually developing consistency across the university–school divide?’

This begs the question: to what extent is identity, and its associated behaviours, actually governed by the situation to which they are bound? Therefore, perhaps the answer to the question, ‘Would you do that in school?’ is acceptably different when considering the situational differences it incurs. There are close links between the development of a professional teacher and the development of identity, which in itself is a relational phenomenon, formed through, and in narrative with, how a person relates to external factors (Hinchman and Hinchman, 2001) such as situation and its associated components; peers, products, and processes.

So, if we accept the argument of situated professionalism, how can transference of behaviours be encouraged to emerge beyond the situation to which they are initially bound, eventually developing consistency across situations and reducing the university–school divide? We believe that there are several things that teacher trainers can do. 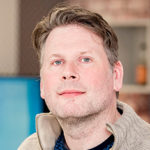 Dr Peter Wolstencroft is a subject leader at Liverpool John Moores University. He has been involved in teacher training for over two decades and is the author of a number of books on the subject. 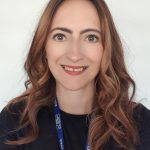 Gina Gretton works on both the postgraduate and undergraduate initial teacher education primary programmes at Liverpool John Moores University. She has had a long career as a local authority advisor and a freelance English consultant in primary education.

Digital masters? Reflecting on the readiness of students and staff for digital learning

Learning about learning and teaching through collaborative observation