Oscar Wilde is often quoted as suggesting that “there is only one thing in life worse than being talked about, and that is not being talked about.” Perhaps a corollary is that the worse thing in academic life is never to be cited. So I wonder if most academics would, on balance, rather be cited in a way they feel is inappropriate or misleading, than not be cited at all.

In her recent book Values and Virtues in Higher Education Research, Jean McNiff writes of “mundane contemporary texts” that betray such attitudes as “that so-called ‘practitioners’ cannot generate academic theory (Taber, 2013)”, something NcNiff refers to as a kind of “thoughtless theorising” (McNiff, 2016: 11). This surely implies to readers that Taber (2013) suggested (or claimed or implied or intimated – or something of the sort) that practitioners cannot generate academic theory.

The text being cited here was a review article in the journal Teacher Development. Its main intended message concerned the nature of action research (AR), and the difference between context-directed research (for example, solving a local problem) and theory-directed research (where the research site is primarily seen as instrumental in developing generalisable, abstract knowledge). Part of the argument was that AR may not be a good choice when teachers are working on a thesis project and are expected to produce an original contribution to knowledge suitable for reporting in the research literature:

“The teacher who wants to improve their practice, and to bring their actions more in line with their espoused values, should certainly consider adopting AR. It can help solve problems, improve situations, and provide valuable insights that can inform future practice. However, for the teacher who wishes to engage in educational scholarship to make a public contribution to the development of their field, a form of theory-directed enquiry is indicated.” (p.299)

This implies (‘betrays’) that teachers can and do undertake theory-directed research. The argument responded to a view I’ve found among teachers undertaking thesis research, that AR was likely to be their best option because they were practitioners (a logical fallacy that because AR should be practitioner-led research, then it followed that practitioner research should be AR). Yet trying to do good AR and produce a thesis is tricky:

“Whilst it is certainly possible to produce a good thesis true to the spirit of AR whilst meeting the expectations of reporting academic research…, it certainly adds to the already considerable challenge of undertaking a university degree whilst meeting the demands of classroom teaching.” (pp.293-294)

As an author (and someone who completed two research degrees and published from them whilst working full time as a teacher) I find it difficult to see how any reading of the article could lead another scholar to use it as a source for the idea “that so-called [sic] ‘practitioners’ cannot generate academic theory”.

Research ethics do not allow (deliberate) distortion or selective reporting of data to make a case for findings. Similar values apply to developing a conceptual framework for a project, or making a philosophical argument. A citation is presented as evidence that a source has made some claim or argument. To deliberately insert a citation that does not do this as if it does is poor scholarship comparable to misrepresenting data to support preferred findings.

I am not accusing Jean of this, and indeed I have sympathy. Many readers will have been in a position of writing about some attitude, or position, that we wish to criticise, and which we think has currency, but then we cannot immediately find a suitable citation to demonstrate this. However, if we continue to search and we cannot find any text to cite, we should perhaps consider we may be making a ‘straw man’ or ‘Aunt Sally’ argument. Perhaps the idea that simply because someone is a practitioner they would not be able to produce ‘academic theory’ is so obviously false that no suitable authority has ever made such a claim in print.

Does it matter then that Jean’s readers may assume I actually hold the views she finds ‘betrayed’ in my writing? In the end, I would certainly rather be understood as intended than misconstrued, but I guess as long as I am being cited other readers may be directed to my original argument. So perhaps I should bear Wilde in mind and at least be grateful that something I have written has been noticed. 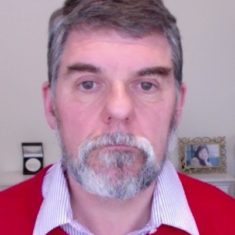 Professor of Science Education at University of Cambridge

Keith S. Taber is Professor of Science Education in the Faculty of Education at the University of Cambridge, where he teachers educational research methods. He is author of Classroom-based Research and Evidence-based Practice: An introduction (2nd ed. London: Sage). After graduating in chemistry, Keith trained as a graduate teacher of chemistry and physics, and taught sciences in comprehensive secondary schools in England. He moved into further education where he taught physics and chemistry to A level, science studies to adult students, and research methods on an undergraduate education programme. Whilst working as a teacher Keith earned a diploma in the Practice of Science Education, his masters degree (MSc) for research into girls’ under-representation in physics and his doctorate for research into conceptual development in chemistry. He was the Royal Society of Chemistry’s Education Award Winner 2014, an award made “For extensive research that has contributed significantly to the teaching and learning of chemistry concepts”.

A baseline without basis: The validity and utility of the proposed reception baseline assessment in England