Literary criticism of children’s literature focusses on the power relations between the adult writer and the child reader. At one end of the spectrum, this relationship is described as ‘domination’ (Knowles & Malmkjaer, 1996); at the other, adult conceptions of normality (‘aetonormativity’) are seen to ‘pattern’ texts (Nikolajeva, 2010). What is not taken into account, however, is how power relations might be disrupted by involving children in the writing and publishing process.

‘Story Makers Press represents children’s voices in literature through involving them in the writing process, and seeks to address the dearth of children’s literature that features BAME children.’

Story Makers Press (SMP) is a new university-based publisher that represents children’s voices in literature through involving them in the writing process. By working with underrepresented groups, SMP seeks to address the dearth of children’s literature that features BAME children: a study by the Centre for Literacy in Primary Education (CLPE, 2018) shows that 4 per cent of books published in 2017 had BAME characters.

SMP’s first book was written with sixteen 8–11-year-olds from a multi-ethic primary school in an area of socioeconomic disadvantage in Leeds. Drawing upon our research into using drama for creative writing (Dobson & Stephenson, 2017), we engaged the children in three interactive workshops that allowed them to choose the focus of the book before co-constructing the setting, the characters and the plot. The children were involved in two further workshops in which they edited text and selected an illustrator.

Our research into this process indicates how involving children in the writing process disrupts aetonormativity in three ways.

1. The children were able to choose the focus of the book (which was gaming) and were able to ensure that, in line with their experiences, gaming was represented positively. Following an open stimulus in the first workshop, the children drew upon their gaming ‘funds of knowledge’ (Moll, 1992) to populate the gaming world and to determine the challenges the protagonist would face. In doing so, they set up their ideal reader, or ‘superaddressee’ (Bakhtin, 1981), as someone interested in gaming, altering the negative patterning of discourse that the school’s teachers and some academic researchers put forward.

3. Some of the original ideas in the book came from the children mimicking workshop activities. In workshop 2, we told the children the game would be set ‘in the woods’, asked three children to body-sculpt a tree, and invited the rest of the group to describe what they saw. ‘Three faces’ and ‘six eyes’ were some of the literal and sarcastic responses, but when the potential illustrators drew this tree, the children rejected drawings that did not include these details. What started out as mimicry became authorship as ‘adult behaviour, being emulated, becomes unoriginal, excessive, comic’ (Rudd, 2005, p.22).

As we prepare to write our second book (a retelling of a South Asian fairy tale with girls from a primary school in Bradford), we are refining our process to maximise the potential for involving children in the writing of the text. From a research perspective, we are also interested in how disrupting aetonormativity affects other children’s reading of the text.

The Nightmare Catcher will be launched with a guide for teachers and parents at our festival of children’s voices, Story Rebels, on 8 June 2019. 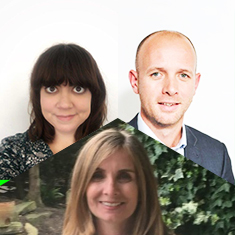 Ana De Arede / @anarede
Ana is the publisher of Story Makers Press and her expertise is in publishing.

Lisa Stephenson / @lisa_stephenso
Lisa is the director of Story Makers Press and a research practitioner with expertise in drama pedagogy and children’s wellbeing.

Dr Tom Dobson
Tom is a founder member of Story Makers Press and a research practitioner with expertise in creative writing pedagogy and children’s identities.