Spending a lifetime in the same career is becoming rare. However, it is what I chose – my career being teaching English as a second language. After spells teaching in universities, British Institutes and schools around the world, I spent a large part of my career heading the ESL and Mother-Tongue Department at the Vienna International School, secondary. Building up the department and searching for the best provision for the many students led to involvement with various curriculum agencies and accreditation services which, while at first welcoming input from knowledgeable and well-qualified practising professionals, turned increasingly to the models of provision of the national education systems of the Anglosphere, especially those of England. This led me to ‘dig deeper’ into how and why these models had developed. I was then fortunate enough to pursue an EdD (International) at the UCL Institute of Education, and the massive amounts of reading involved provided the answers I had been searching for.

It appeared that politics had played a large role in ESL provision in England. While ESL students had initially been given separate classes for specialist classes, various incidents had occurred in England concerning racist attacks, and the government was accused of separating races in schools. Thus all students were integrated into the same classes, and ESL as a term and as a programme was eliminated. Class teachers were now given the task of teaching ESL students while also ploughing through the curriculum for native speakers. The term ‘English as an additional language’ (EAL) was introduced in 1997, and the concept of inclusion was promoted, whereby no-one would be excluded and EAL students given ‘support’. Professional training for ESL was gradually eliminated, and in schools EAL and support were subordinated to the special educational needs (SEN) department, and taught by Teaching Assistants.

In an international school there are many differences from national systems: often the majority of students are second-language speakers of English; the host-country language is usually not English; the students do not have to integrate into the local community; they often return to their own country after being in the international school, and therefore have to maintain and develop their mother tongue; their parents are from high socioeconomic backgrounds, on a par with fluent speakers of English. Therefore a professional programme of second-language instruction, along with mother-tongue lessons wherever possible, is the ideal one for these students, as detailed long-term research shows that this is the key element for second-language students to develop their English.

‘Those responsible for curriculum and accreditation in international schools chose to ignore the facts about what works in second-language instruction, finding it more convenient to follow the national models of the Anglosphere.’

Those responsible for curriculum and accreditation in international schools chose to ignore these facts, and found it more convenient to follow the national models of the Anglosphere, especially as a majority of the uptake of their programmes was now coming from that home base. Maintaining the professional model best suited to international schools meant fighting for survival: there was consistent pressure from ‘above’ to adapt to prescribed models. Incoming directors were largely native English-speakers with knowledge of the systems they had grown up with. In addition, ‘support’ and unqualified ESL teachers were cheaper than a department of professional ESL teachers, teaching a separate programme that seemed to defy the apparently unassailable term of ‘inclusion’.

A further marketing strategy has been to emphasise that a school only has ‘native speakers of English’. In fact, ESL teachers who have learned English as a second language often have greater insights and empathy for teaching second-language learners than mother-tongue English teachers. They have been through the same process themselves, and now belong to the majority of speakers of English worldwide – that is, those who speak it as a second language. They have also been reported as speaking more clearly. As Shin (2008) surmises:

They also present more realistic role-models, as second-language learners will, by definition, never be native speakers.

Readers who would like to see these issues discussed in depth can read the new book, Second Language Learners in International Schools, to be published soon by UCL IOE Press. 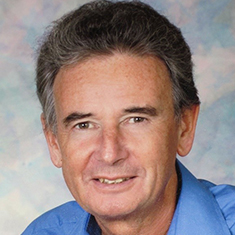 Maurice Carder graduated with a BA honours degree in Spanish (Bristol), followed a PGCE with a focus on ESL (Institute of Education); an MA in Linguistics for ELT (Lancaster); and completed an EdD (International) on linguistic pluralism issues (UCL Institute of Education). Between 1967 and 1981 he was teaching English in various parts of the world in universities, institutes and schools, and from 1981 to 2009 headed the ESL and Mother-Tongue department at the Vienna International School, secondary. He worked closely with the IB on developing various language programmes, and was an examiner for the IBDP. He has served on many CIS accreditation teams around the world, also co-chairing them. He chaired the ECIS ESL and Mother Tongue Committee for many years, organising several conferences. He has given workshops on ESL and MT issues at international schools worldwide. His book, Bilingualism in International Schools (2007) details a successful model for second language learners. www.mauricecarder.net

What has been the impact of recent domestic terrorist attacks on education policy in France?