One of the many novel phenomena associated with the rise of social media is the nationwide news story that is driven by a small personal event. Increasingly, members of the public will share something – an email, a text exchange, an account of a conversation – on public platforms such as Facebook and Twitter, and within hours those that seem to illustrate wider points or social preoccupations get picked up by the media, drawing coverage and comment pieces from far and wide. The strength of the response to some of these vignettes can be revealing. We see a lot of this at Mumsnet (indeed, sometimes the personal stories being covered by national news organisations originate on our Talk forums), and it’s always fascinating to see which scenarios the general public find really compelling: usually the ones that allow people to express views that they’ve long hugged to themselves, or to share irritations that they hadn’t realised were more widely experienced.

One such example is the sharing of letters from headteachers to parent bodies, often picking up on an area of concern regarding behaviour (sometimes of children, often of parents) or infractions of school rules. A letter from the Michaela Academy to a mother who had fallen behind on lunch payments is the most recent prominent example, but over the past year we have also seen huge volumes of comment about the Darlington headteacher who wrote a letter to parents decrying their ‘increasing tendency… to escort children to and from school while wearing their pyjamas’, and another headteacher expressing concern about ‘an increasing number of children who are coming to school in a pretty shocking state… dirty, unkempt… obviously haven’t had a shower’.

While such stories are very different in terms of the gravity of the issues being addressed – children not being washed and dressed properly is of a different order of importance to parents wearing PJ bottoms on the school run – they all illustrate a set of issues that are guaranteed to get people talking and disagreeing fiercely.

There’s class, that peculiarly British phenomenon: a woman wearing fleecy pyjama bottoms is liable to draw very responses that are very different from those provoked by a woman wearing expensive mohair joggers. Are people’s responses partially informed by sheer prejudice? And then there’s sexism: do men on the school run come in for quite the same level of scrutiny? As a society, we do seem to be endlessly concerned with what women choose to wear.

How important is it for parents to behave ‘respectably’ around school premises – and what, exactly, do we mean by ‘respectable behaviour’?

There are also many discussions to be had about the notion of ‘respectability’: a much-used word, but one that seems to mean very different things to different people. How important is it for parents to behave ‘respectably’ around school premises – and what, exactly, do we mean by ‘respectable behaviour’? What seems pleasingly informal to me may seem discourteous to you: what seems appropriate or respectable to Person A may seem stultifying to Person B.

There’s also space for a debate around ‘austerity’ or ‘living within our means’ (according to political taste), and about who is ultimately responsible for the wellbeing of children in low-wage households or those dependent on benefits. Are some families struggling with poverty and health issues in a way that affects their children? Or is the problem simply one of parental indolence and disorganisation, unrelated to household income?

One further touch-paper issue – the last in a by no means exhaustive list – is aspiration. Some members of the public (and doubtless some school staff) suspect that some families aren’t doing everything they can to support their children and encourage them to take full advantage of their educational opportunities. (Of course, digging beneath the surface of such families’ lives can sometimes reveal unimaginable difficulties and pressures.)

When you start to pick out the hot-button topics in this way, it becomes obvious why communications between schools and parents can provoke national debates. It also, though, serves to illustrate why headteachers might be well advised to think twice about committing such observations to paper and distributing them to the parent body. Schools are not responsible for the social and political tangles they see around them, but they have to operate within them, and any broad brush communication has to cater to the sensitivities and concerns of widely differing families. It’s also a good idea to bear in mind that school letters can trigger a contrarian mindset in the most apparently well-adjusted adult: quite a few parents will regress into adolescent surliness if they think a school’s approach is bossy or unfair, and not many people respond well to being told off for other people’s infractions. Time-consuming though it is, it’s likely that careful face-to-face communication  and ongoing engagement will have a better effect – and be less inviting to 24-hour news – than yet another letter stuffed into the school bag. 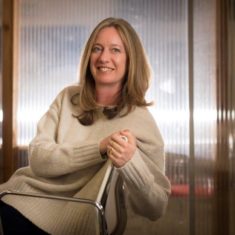 Founder and CEO at Mumsnet

Justine Roberts is Founder and CEO of Mumsnet, an online community of parents sharing advice, support and product recommendations. Over the last 16 years it has grown into the UK’s busiest and most influential network for parents, with 9 million uniques per month.

Mumsnet hosts around 180 local sites, a network of over 8,000 bloggers, and regularly campaigns on issues including support for families with special educational needs, improvements in miscarriage care and freedom of speech on the Internet.

In 2011, Justine launched Gransnet, a website for the original baby boomer generation to discuss relationships, news, culture – and not least, grandparenting.

Justine is a non-executive director of FTSE100 insurance firm Admiral. She is on the Consultative Council of the British Board of Film Classification (BBFC) and a member of the Commission on Civil Society and Democratic Engagement.

In the past she has contributed to the DWP’s Expert Steering Group on Family Support Services; EE’s External Advisory Board; Tesco’s Independent Supply Chain Advisory Panel; and EON’s Customer Council.

Before Mumsnet, Justine wrote about football and cricket for the Daily Telegraph and the Times and before that, a long time ago, she was an economist and strategist for SG Warburg.

Justine read PPE at New College, Oxford and is a mother of four (and two dogs).