A disjuncture exists between the discourses and legislation surrounding the rights of all prisoners to education in Europe and what is happening on the ground in English prisons. Whilst there is a rhetoric of inclusion, entitlements and a rights-based approach towards the provision of education and training in the prison services of Europe, in practice in England, other more dominant policies undercut and marginalise these more humane approaches. A neo-liberal logic that alleges that competitive tendering and performance outcomes are the best drivers to improve prison education has culminated in a race-to-the-bottom in the standards of educational provision for prisoners. In England and Wales, the HM Chief Inspector of Prisons found, in 2013, that both ‘the quantity and quality of purposeful activity in which prisoners are engaged [has] plummeted’ (HM Chief Inspector of Schools of Prisons 2014: 10). The Prison Reform Trust (2014) also signals a deterioration in prisoner performance. Indeed, what is documented is the worst outcomes in six years with over half of all prisons judged to be not ‘sufficiently good’ or ‘poor’ in terms of education provision (Prison Reform Trust 2014: 7). With competing government departmental interests in the provision of education in prisons, it is difficult to see how this policy environment can effectively provide long-term high-quality education that prisoners not only need but have an entitlement to.

Policy, in the case of prison education, is not driven by what works and is not evidenced-based

Prison education is a wicked policy problem (Allen 2004) even for a Secretary of State for Justice formally a Secretary of State for Education. Wicked policy problems are complex, not fully understood by policy makers, highly resistant to change and seemingly immune to any evidence that is likely to bring about institutional reconstruction. Policy, in the case of prison education, is not driven by what works and is not evidenced-based. It is positioned by political expediency and the signalling of politicians ‘toughness on crime’ in different ways, in different times. Both resonate with elements in the media that construct prison as a site of punishment rather than a place for reform. This problem is exacerbated further by the perceived cost of prison education provision to the taxpayer. A neo-liberal policy approach of competitive tendering aims to reduce these costs to the state whilst indirectly reneging on the responsibility to deal with this provision more fully in the ways suggested by European legislation. The reconstruction of prison ‘education’ into low-cost job skills training contributes to the domination of policies that speak more to public moral panic and the need to cut the economic costs of welfare than to the rehabilitation of prisoners.

Prisons can play a significant role in enacting European policy surrounding prisoners’ rights to education. They can contribute to the rehabilitation of prisoners by encouraging them to engage in meaningful educational experiences that are not just limited to those associated with ‘employability’. The facilitation of this wider curriculum can come from a profession of prison educators resourced, trained and embraced not just by leading practitioners within the field but also by a wider educational community of teachers, teacher educators, researchers, publishers and policy makers. However, in England, barriers to high-quality education exist for most prisoners and are compounded by fragmentation and differentiation. Provision varies depending on the length of incarceration, the type of crime, the type of provider and the location of the prisoner. Those on remand or receiving hospital care receive little or no access to any form of prison education whatsoever. Prison education is facilitated by a ‘Cinderella’ profession isolated from the professional recognition, accreditation and remuneration of the wider teaching profession. The characteristic ambiguity in England about what constitutes ‘education’ or ‘training’ is one that is exacerbated by economism and political sensitivity to penal populism. Such ambiguity provides a space into which the restructuring of prison education risks being determined by discourses associated with punishment and retribution, rather than rehabilitation. 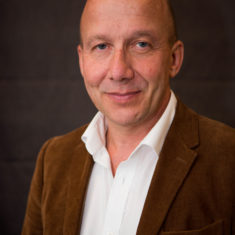 Reader in Education at University of East London

Gerry Czerniawski is a Reader in Education at the Cass School of Education and Communities, University of East London. He is a National Teaching Fellow of the Higher Education Academy and a member of BERA’s council. His published research interests include teacher and teacher educator’s identity, teacher professional learning, pupil voice and prison education.   Gerry is the Lead Editor of the BERA blog.

Researching the curriculum in schools and colleges: Practice, professionalism and innovation