Across England, most secondary-level students will be receiving predicted grades at the end of this year. These grades may determine their entry into further education or a particular workforce. Predicted grades are defined by UCAS (2002) as,

‘the grade of qualification an applicant’s school or college believes they’re likely to achieve in positive circumstances. Predicted grades are used by universities and colleges, as part of the admissions process, to help them understand an applicant’s potential.’

Before Covid-19 affected education and assessment, students would complete coursework and examinations in order to obtain their GCSE or A-level qualifications. Now due to the circumstances brought on by the coronavirus, GCSE and A-level students are expected to be awarded their results based on predicted grades. Predicted grades are formed by formative assessment conducted by subject teachers during the school year – which raises some questions about how accurate the results will be.

It has been argued that teachers’ unconscious prejudice can affect how they grade students: ‘Researchers have demonstrated that unconscious prejudices around characteristics such as race, gender, and class are common, even among people who avow themselves unbiased’ (Ghoshal, Lippard, Ribas, & Muir, 2012). Classroom interaction in the UK suggests that while many teachers strive to be impartial, they are culturally conditioned to assess their students’ ability by ranking them on a scale of other characteristics such as appearance, personality, enthusiasm and conformity, which bear little relation to actual ability (Macionis & Plummer, 2012). There is growing concern over the impact predicted grades will have on students, with some analysis concluding that five out of six A-level grade predictions by teachers are wrong (Tes, 2016).

‘There is growing concern over the impact predicted grades will have on students, with some analysis concluding that five out of six A-level grade predictions by teachers are wrong.’

There may also be prejudice against students with undiagnosed needs such as ADHD. Students with ADHD may be labelled as weak and this could affect their predicted grade. There is significant evidence that males with ADHD are significantly less likely to be working up to their potential (Kent et al., 2011). It has, therefore, to be questioned whether these students would perform the same in a summative assessment such as a GCSE or A-level standardised test. One phenomenon common among people with ADHD is ‘hyper-focusing’ on tasks. Students may hyper focus on exams because they can be seen, by some, to be worth more marks than formative assessments. Some may also argue that they deserve the option to sit GCSE or A-level exams at a later stage.

Teachers play critical roles in influencing the students’ beliefs. Growth mindset teachers encourage students to try harder because they believe they can do better (Schmidt, Shumow, & Kackar-Cam, 2015). With the absence of a growth mindset and the impact of life-changing events such as Covid-19, a student’s progress can be halted. As home environments may not have been suitable for them to complete formative assessments, teachers should advocate that learners who perform well under pressure be given the chance to sit examinations when conditions improve. Predicted grades may pigeonhole some students and shatter their confidence, so refraining from relying on predicted grades should be considered in some cases. It is the job of educators to cater for the needs of everyone while promoting inclusion.

UCAS. (2020). Predicted grades – what you need to know [Webpage]. Retrieved from https://www.ucas.com/advisers/managing-applications/predicted-grades-what-you-need-know 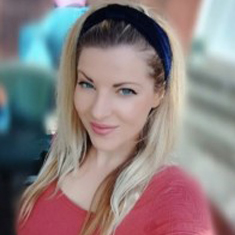 Orla Carlin is a member of the Society for Education and Training for further education teachers. She is currently enrolled on a ‘compassion for educators’ course run in conjunction with the United Nations, which made her reflect on this issue. She has also marked as a Cambridge examiner in 2018 and 2019 (A-level and GCSE sociology). For more on the ‘compassion for educators’ course see compassionateintegrity.org.

Online education: What will we keep as lockdown ends?

Is there a tension between teaching and assessing critical-thinking skills?