This blog is inspired by two recent experiences. The first was attending Matt O’Leary’s recent seminar at Liverpool John Moores’ University on ‘Observing teaching and learning in higher education: Moving from the performative to the informative through peer collaboration’, while the second was reading Robert Douglas-Fairhurst’s atmospheric The Story of Alice: Lewis Carroll and the Secret History of Wonderland. While disparate in nature, both provided food for thought and a crossover of ideas that helped me to reflect on the nature of teaching.

While the area of lesson observation has been the subject of a great deal of recent research (O’Leary, 2013; Edgington, 2013), far less scrutiny has been given to how leaders approach setting up an effective peer observation scheme within HE. One of the many reasons behind this has been the lack of enthusiasm for many of the approaches. The performative nature of many checks on teaching has led participants to believe that the reason for the event was either performance-management-related or ese a mere formality, a box-ticking exercise. This is fed by processes that are often prescriptive and inflexible in nature. To quote the King in Alice, ‘Begin at the beginning, and go on till you come to the end: then stop’ (Carroll, 1869, p.182). This view treats teaching, and by extension, peer observation, as a science: something that can be distilled into a series of linear events that when put together, constitute a ‘good lesson’.

Other peer observation schemes are less prescriptive in nature, and instead allow participants greater freedom in how they go about the observation. The scheme proposed by Zaare (2013) is a good example of a less structured approach that achieved positive results. But even with these schemes, the normal approach is to identify a series of areas to be looked at, or competencies to be ticked off. This approach, which mirrors the approach taken in initial teacher training, treats teaching as a craft, something that can be codified and then checked. When everything has been completed, then competence can be assured. While this approach has merit in that it introduces a consistency of approach that appeals to a sector that has been encouraged to see metrics as a source of knowledge, it reduces the observation process to something akin to a stock-take. Are all points clearly visible? If so, the objectives has been achieved; deviation is not allowed, despite the wishes of many participants. Returning to Alice, ‘I don’t think…’ ‘Then you shouldn’t talk’ (Carroll, 1869, p.110).

‘O’Leary’s alternative strategy relies on an individual-based approach: people involved are given control of the process, the only requirement of which is that it is developmental in nature. Reflective practice is built into the process.’

O’Leary’s seminar put forward an alternative strategy: instead of a prescriptive approach, it relied on an individual-based approach; people involved were given control of the process, and the only requirement is that it should be developmental in nature. Reflective practice is built into the process, with a cyclical approach being used to ensure that each person gets the maximum out of the programme. Any focus is decided by the participants, and hence all possibilities are catered for. Teaching is viewed as an art, and instead of a formulaic approach it embraces the differences in our profession, not just in subject, but in approach, style and temperament. Normality is not defined centrally; instead it is there to be defined by the individuals involved, and is a fluid concept. To return to Lewis Carroll, ‘It’s no use going back to yesterday, because I was a different person then’ (Carroll, 1869, p.125).

While the debate over whether teaching is a science, a craft or an art is not a new one (Crawford, 2014; Brown & McIntyre, 1993), it does have particular resonance when looking at peer observations. When different philosophies collide, then the result can be confusion, mistrust and a lack of purpose. So, the conclusion must be that any peer observation scheme that is set up must embrace these points, and ensure that there is transparency in its approach that is clear to all. Failure to adhere to this is likely to lead to a scheme that lacks credibility and fails to engage its participants.

Crawford, R (2014). A Pedagogic Trinity: Exploring the Art, Craft and Science of Teaching. Journal of Pedagogic Development, 4(2). Retrieved from https://www.beds.ac.uk/jpd/volume-4-issue-2/pedagogic-trinity

O’Leary, M. (2013). Surveillance, performativity and normalised practice: The use and impact of graded lesson observations in Further Education Colleges. Journal of Further and Higher Education, 37(5), 694–714. 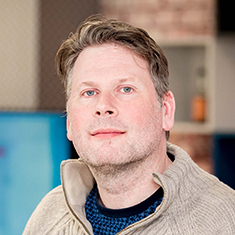 Dr Peter Wolstencroft is a senior lecturer at Coventry University specialising in educational leadership. His main research interest lies in the self-identity of leaders within education and how we can support those new to the role. Before moving to higher education, he worked in the further education sector for 16 years, and still has close ties with colleges and those working within them. The author and co-author of many articles on education, he is also the co-author of a popular book on initial teacher training – The Trainee Teacher’s Handbook.