Multi-academy trusts (MATs) are now a common feature of the English educational landscape. Yet numerous high-profile failures indicate that they present a substantial challenge in terms of leadership and governance. One of the areas that most exercises school leaders and boards is the setting of strategic direction for the MAT. This includes elements such as its expansion. This funded research draws on 30 interviews with school leaders and trustees from six MATs and 10 interviews with national leaders of governance to examine why MATs expand in size and geographical range.

MATs are groups of schools that are led by an executive head teacher and a board of trustees, and are largely a result of a broader international trend which has changed patterns of interaction between government and society across the public sector, to solve seemingly intractable problems and create new possibilities for governing. Many schools formerly overseen by local education authorities (LEAs) have converted or been mandated to convert to semi-autonomous state schools in the form of Academies. Operational drivers, such as the need to combine to cost effectively buy in services once provided by LEAs, along with research that implies that schools grouping together contribute positively to student progress, have resulted in academy chains, MATs and other less formal forms of collaboration such as federations (Baxter, 2018). Collaborations have for some time now been felt across many public services, made popular by initiatives from New Public Management approaches and market ideologies that suggest that collaboration enhances organisational performance, despite a range of evidence which suggests that this is not always the case (Huxham, 1996).

Despite the government’s drive to encourage all schools to be part of a MAT, there have been numerous high-profile failures of such organisations. The rate of expansion of MATs was highlighted as a key concern by the Education Committee’s report in 2017 into multi-academy trusts (Education Committee, 2017). The report questioned the speed at which MATs had expanded and raised concerns about their expansion over too large geographical regions and their capacity to remain in touch with their communities.

Our research explored these issues by looking at what drives MATs to expand as reflected within the strategic discourses of trustees.

Analysis of the narratives of trustees revealed that there are seven principal drivers behind MAT expansion:

Adopting a strategy as narrative approach revealed that since the Education Reform Act 1988 introduced local management of schools (LMS), the marketised English education environment has become increasingly competitive. As a result of the government’s quixotic zeal to embrace the ideal of education as a marketplace, the lack of collaboration between MATs which emerged during this study, is having a detrimental effect on interMAT learning.

Those schools that lack a strong vision and mission and refuse to be pressurised to expand beyond their capacity, are better positioned to succeed than those who let themselves be talked into expansion before they are ready. But the system is in difficulties: recent reports illustrate that the DfE is struggling to find sponsors to take on failing schools and as a consequence these schools are stuck in a ‘no man’s land’ between MATs and LEAs. In addition, the number of re-brokerings has increased dramatically – increasing by 30% in 2017–18 compared to the preceding two years, at a cost of around £17 million per year to the taxpayer (George, 2018). The research went on to revealed that MATs are coming under great pressure to bring forward expansion plans, often risking their financial stability.

The research also revealed challenges relating to power and identity of the boards involved in decision-making processes, and supports further research findings in highlighting the importance and difficulties of multiple organisations adapting to function as a single organisation (Baxter, 2019). As Huxham (1996) reports, this is the reason why so many of these organisations in the third sector eventually fail. 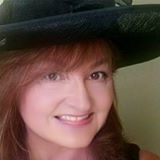 Associate Professor at The Open University

Dr Jacqueline Baxter is Associate Professor of Public Policy and Management at the Open University Business school and is Director of the Centre for Innovation in Business and Legal Education. She is editor in chief of the Sage journal Management in Education. Her research interests lie in the area of education governance and management, and a forthcoming publication investigates the ways in which trust, accountability and capacity influence the improvement of education systems.