The initial teacher education (ITE) sector has experienced significant change over the last few years, with the introduction of the core content framework (CCF), the early career framework (ECF) and the new Ofsted ITE inspection framework. In addition, Ofsted (2021) has recently published a report focused on ITE during the pandemic, and the Department for Education (DfE, 2021) has shared details of a market review of initial teacher training (ITT).

In the face of a global pandemic, ITE providers have continued to ensure that people can join the profession and work across the education sector in support of those young people who have experienced much disruption to their schooling since March 2020. The ITT market review was open to a brief period of public consultation at the close of the academic year (5 July–22 August 2021), and in this blog post we reflect on how Twitter became a space for those in ITE to mobilise in response to the ITT market review.

The length and timing of the review posed challenges to those working in ITE to respond. However, during the consultation period we, as members of the ITE community, saw intense activity on Twitter, with numerous responses written and shared by individuals and institutions that frequently provided deep engagement with and critique of the proposals made within the ITT market review. Responses to the review included those from higher education institutions including our own: King’s College London and University of Manchester as well as the University of Cambridge, who also launched a series of blogs written by PGCE alumni.

In advance of, and during the formal consultation process regarding the ITT market review, the DfE hosted a number of online events to disseminate the recommendations of the expert advisory group (EAG). Given that a large proportion of the sector, including many significant providers, had been underrepresented on the EAG, many hoped to have the opportunity to fully engage with the open forum presentations. However, opportunities for open discussion were limited in reality, as pre-prepared questions were often shared with presenters in advance and on other occasions the ‘chat’ function was disabled. As participants and observers within the #EduTwitter community, it became evident that in the absence of opportunities for critique and debate, and the short timescale afforded for engagement in formal consultation, Twitter provided a forum for the sector to swiftly:

Much of the discussion highlighted significant concerns regarding the recommendations for both pragmatic and pedagogic perspectives and saw the sector united in its opposition of the report; where supporters of the report were critical of the sector response – with some using emotive language (see for example Stuart Lock’s recent article for Schools Week) – there was typically swift and robust debate, retweets, shares and likes. Colleagues made use of Twitter to organise group events and co-ordinate action, and to galvanise support from both within and beyond the ITE sector; the Universities Council for the Education of Teachers (UCET) launched an online campaign and heads of schools of Education responded to a call to arms from Professor Damien Page. More recently, Twitter was used as a platform for providers of ITE to publicly share position statements (see for example University of Manchester’s statement) and PDF downloads of their detailed responses.

‘Given that the future of ITT provision is seemingly in the balance, it is concerning that the sector has had to rely on Twitter to provide a platform to mobilise critique.’

This avalanche of activity prompts serious concern. We are troubled that the perceived silencing of the sector has led to marginalisation of the sector’s voice. Given that the future of ITT provision is seemingly in the balance, it is concerning that the sector has had to rely on Twitter to provide a platform to mobilise critique. However, we remain buoyed by the engagement, tenacity and willingness of the sector to debate during this period and look to the future united in the determination to continue to educate and work with future generations of teachers across England and beyond. 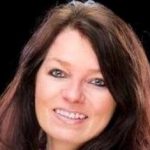 Dr Lisa Murtagh is Reader of Education and Deputy Head of the Manchester Institue of Education. From 2018 – 2022 she was Head of ITE, having originally been appointed as director of partnerships and teacher inquiry. Prior to this, Lisa was Head of School Direct at Edge Hill University and Programme Leader for the BA (Hons) Primary Education (QTS) Part-Time Programme, following several years as senior lecturer at Newcastle University. In February 2008 Lisa was awarded a PhD from the University of Newcastle. Her research continues to seek to develop insights into the practice of students and practitioners. Her research interests lie in formative assessment and in enhancing practice in ITE, and Lisa seeks to work with participants to access their ‘voice’ about matters that affect them. Lisa is Vice Chair of the UCET Executive Committee, and former President of TEAN. She is passionate about working across the ITE sector to support the development of teachers’ education.

Associate Professor at Institute of Education

Elizabeth Rushton is Associate Professor of Education and Head of Department of Curriculum Pedagogy and Assessment at the Institute of Education (IOE) University College London’s (UCL) Faculty of Education and Society. Her research interests are in geography and science education, specifically the professional development of teachers, teacher and student participation in research and policy making, and Education for Environmental Sustainability. In 2021, Elizabeth co-led the BERA Research Commission with Dr Lynda Dunlop which had a focus on Education for Environmental Sustainability (EfES) and resulted in the co-creation of a manifesto for EfES with contributions from over 200 youth, teachers and teacher educators from across the UK. Elizabeth is Managing Editor of Routes – the Journal for Student Geography. Prior to joining UCL, Elizabeth led the PGCE Secondary Geography programme at King’s College London and taught geography in secondary schools in south-east England.

The ‘impractical wisdom’ of the Early Career Framework

Where’s the geography? The importance of geography to disciplinary debates about, and teaching in, education