I have spent the majority of the last 25 years as an educationalist living and working in coastal regions. I have come to recognise and understanding the difference that this locality makes to the lives of learners. Myth would have it that these learners have lived beside the seaside, where the sun is out and the surf is good, and they have access to pleasant housing with nice surrounds. The reality however is that many of these learners may never have visited the sea and that their lives are more often touched by the poverty, brought on through loss of industry to ports and tourism to resorts. These learners continue to live with unemployment and low skilled seasonal work as their expectation of what life has to offer, despite the government recognising the impact of deprivation[1].

It is only very recently that there has been an increase in government (Ofsted) and media concern in the achievement of learners in coastal regions. Interestingly the focus has been on what the schools are doing to improve the learners’ outcomes, with little notice to the wider factors of these learners’ lives, such as parental engagement or expectation, or access to resources that support learning e.g. computers, which offer an indication of the real disadvantage that many of these learners face compared to others.

In 2010 I was asked to be a Governor for a school becoming an academy. On accepting I decided that I needed to know more about the academies agenda and the school I was about to govern. I therefore developed a longitudinal study of the new academy to investigate how converting to academy status from previously national challenge circumstances would impact on the learners. I recruited Dr Rowena Passy and together we have immersed ourselves into ‘the Class of 2010’.

The predecessor school had been underperforming for several years and was located in a socio-economically deprived coastal region in the South West of England. It had a very poor local reputation in terms of student behaviour and outcomes. The term ‘coastal academy’ was used to demonstrate how this school was different to other poorly performing schools converting to academy status by location i.e. near the sea. I was aware that the introduction of academies in England had been controversial[2]. Recent reports on the expansion of Multi Academy Trust chains[3] have done nothing to quieten objections. However, the Education Act of 2002[4] established academies to ‘break the cycle of underachievement in areas of social economic deprivation, with academies’[5], which appeared completely appropriate for disadvantaged coastal regions and, in particular, for the school I was to become a Governor in. The emerging findings suggest that leadership, sponsorship and Continuing Professional Development (CPD) may have a relationship to school performance and raised student expectations.

Rowena Passy and I, interested to see if the Class of 2010 was isolated in its experience instigated a new project looking at how six ‘coastal academies’ in different coastal regions in England approached the task of changing their predecessor schools’ culture of under-performance in 2012/13. We used publicly available data and interviews with school Principals and teachers to examine what these ‘coastal academies’ were doing to improve the outcomes for students.

Each school had the following areas in common as part of their journey to school improvement: new principal/executive principal appointment upon conversion; academic priority of raising student levels of achievement, initially by improving behaviour and encouraging students to have higher expectations, now by focusing on outstanding teaching and learning; entrepreneurial leadership style and united Senior Leadership Team; shared vision with clarity of targets and accountability; greater teacher commitment to high-quality learning and of stronger student engagement with learning; empowering staff to be active participants impacting change; investment in staff through CPD and using sponsor expertise to develop and support educational change.

the ‘coastal’ locality of these academies was presenting historical, social, economic and cultural issues that the schools were, not surprisingly, finding difficult to tackle

These ‘coastal academies’ however, faced challenges that were still impacting on the learners success. All six schools identified that they had difficulty in engaging parents, who perceived that education ‘wouldn’t change anything’ for their children. The schools also had a poor community reputation, largely because of the parents’ experience of the predecessor school. They suffered from poor recruitment to advertised posts for teaching and leadership staff and low retention of staff. It appeared that the ‘coastal’ locality of these academies was presenting historical, social, economic and cultural issues that the schools were, not surprisingly, finding difficult to tackle despite their best efforts of inclusive leadership, using sponsors expertise, providing opportunities to ‘grow their own’ staff and inviting parents in to become part of the school community.

‘Coastal academies’ clearly face challenges common to other academies and schools, however their locality does bring further disadvantage to an already difficult task of raising school performance. 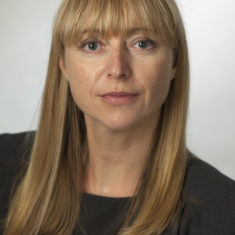 Dr Tanya Ovenden-Hope PFHEA is a senior leader with innovative and scholarly engagement in teaching and learning at a national and international level. Tanya is co-winner of FE Enterprise Educator of the Year 2014 for embedding Innovation, Creativity and Enterprise (ICE) in FE Teacher Education for transferable skills in learning. Tanya is Director of Business and Professional (which includes the School of Education and Professional Development) for The Cornwall College Group (36,000 students with 8 college campuses across Cornwall and Devon); a Visiting Research Fellow with Plymouth University, Director for two Multi Academy Trusts; lead Editor for Teacher Education and Further Education MESH Guides and is an Associate Analyst for Department for Education. Previous roles include Head of School, Associate Dean (innovation), Associate Professor and member of the University Senior Leadership Team with Plymouth University; Head of Higher Education and Programme Team Lead for Education at Truro College; Additional Inspector (AI) for OFSTED; Reviewer for QAA and HE External Examiner. Tanya is an and author of academic texts, research and media articles.