Medicine is the health profession, which completed its professionalization project first. That gave doctors exclusive rights to remunerative activities like prescribing and operating. Health professions have proliferated but medicine retains its powerful position, centred on diagnosing and treating disease. Nursing, in contrast, holds caring for sick people to be its central value. So, a pedagogy, which has been enshrined in the medical profession for at least two millennia, distinguished medicine from other health professions. So, I am writing specifically about medical education.

The blueprint for today’s medical education was laid down in the so-called Flexner report of 1910 (1). Medicine was to be a scholarly profession, founded on biomedical science and taught in universities. The Flexner centenary in 2010 brought forward recommendations (2,3) that pre-determined competencies, systematically instructed and assessed, were to underpin the education of doctors.

Those recommendations contain inconsistencies. Will standardising learning outcomes really develop habits of inquiry, foster professional identity formation, and lead to a highly individualized style of learning? (3). Pushed to explain the drive towards competency-based education (CBE), an author of one of those reports told me that CBE makes it possible to measure whether doctors are proficient or not. Doctors, however, find “workarounds”, which allow them to redefine competencies to suit their individual preferences rather than the intentions of regulatory bodies (4) so I’m not sure he is right.

Quoting Max Weber, the medical sociologist Arthur Frank defined “the fate of our times” as “what is particular to a given historical period and how those particularities constitute the fate of those who live then.” (5) The main particularity of our time, I propose, is a neo-liberal agenda of standardization, measurement, and regulation of professional activity. School teachers will, I feel sure, recognise what I am describing. But does it matter? I think it does because political control of professional activity risks causing:

I advocate a renewed focus on scholarly practice-based learning, maintaining a primary focus on learning rather than teaching, reducing the focus on individual academic performance, and paying as much attention to people of middle ability as high-achievers and “failures”. I would like medical education research to focus more on values and less on pragmatics. The latter could as well be explored within quality improvement systems.

If the fate of our times is an undue focus on individual performance through the lenses of simplicity, reliability, and conformity, my own research focuses on networks of people, seen through the lenses of complexity, validity, and adaptability. The research group I head is using Engeström’s theory of expansive learning (6) to identify contradictions in the status quo and promote the expansive learning of networks of people. On the basis that “there is nothing new under the sun”, we are examining the relevance of humanities to contemporary medicine and professional education. We are using workplace learning theories to keep education firmly rooted in the authentic activities of doctors. And we are applying critical theory to the analysis of discourses of education and practice.

There never was a better time for schoolteachers and doctors to put their critical heads together, achieve some clarity about the fate of our times, and resist the exercise of political power, which threatens to deprofessionalise two of society’s most cherished practices. 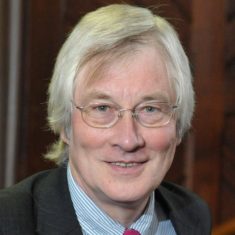 My background is as a physician and endocrinologist. My metamorphosis into an educationalist began when I was appointed Clinical Subdean to Salford Royal Hospital, Manchester, UK. Having done a Masters and PhD in Maastricht, NL, I marked my clinical retirement by becoming a professor in Maastricht University’s School of Health Professions Education. To postpone retirement a little longer and further enlarge my carbon footprint, I recently took on the post of Professor in Queen’s University, Belfast. I am currently moving from a substantive to an Emeritus appointment in Maastricht. I teach qualitative methodology and research clinical workplace learning. I have the privilege of supervising PhD students, mostly hard-working clinicians with a wealth of educational as well as research experience, in five continents. Antarctica remains to be conquered.

The Higher Project Qualification: It doesn’t matter what you’ve learned. At the end of the day, it’s the grade

Are private schools really that good?