There is likely to be a general election soon, and this calls for a manifesto or set of policy prescriptions that are opposed to neoliberal institutions, frameworks and ideologies. In addition, any manifesto needs to be inclusive of all the key areas of policy in the UK: health, the economy, work, housing, nationalisms/internationalisms/identities, education, welfare, taxation, gender/sexual/ethnic relations, and protecting the environment, and not just education. Neoliberal education frameworks are in the ascendancy. Governments around the world, with a few notable exceptions, have reached a consensus about the nature of the school curriculum, learning approaches and assessment practices. This consensus now operates at all levels of education systems, and can be expressed in terms of a number of propositions:

Current assessment, evidence and curriculum policies reflect this. (It is perhaps appropriate here to point to the real question that should come to mind when we are dealing with a notion of evidence – What is evidence? – rather than the frequently asked question, What is the evidence for this or that proposition?). An extremely important aspect of assessment is its increasing internationalisation, exemplified by large-scale cross-national assessment studies such as the Programme for International Student Assessment (PISA). Despite the significant evidence concerning flaws in international comparisons of student achievement, the power of the simple messages that can be and are derived from them about relative national success in a world of increasing global competition has acted to reinforce the prevailing domination of neoliberal ideologies. The point is that these regressive educational policies and neoliberal rationales need to be counteracted at both policy and framework levels.

‘This agenda is leftwing, liberal and counter-reactionary.’

This agenda is leftwing, liberal and counter-reactionary. Notions of ‘left’ and ‘right’ originated in the French Revolution of 1789, during which members of the national assembly separated themselves into two factions: those who supported the king sat to the president’s right, and those who supported the revolution sat to his left. Generally, a leftwing agenda is characterised by ideas such as equality, fraternity, progress, reform and internationalism, whereas a rightwing agenda is characterised by notions of hierarchy, order, duty, tradition and nationalism. However, these are crude delineations and demarcations, and in many cases do not reflect the views of members of these factions. Furthermore, what should constitute policy and practice under the guise of each of these factions is disputed. The claim that I am making here is that the directional force for determining the contents of a leftwing political agenda must be some notion of equality, or at least the expression of a move towards a notion of equality. Equality can take three forms: equality of goods, equality of opportunity and equality of basic capabilities. All three of these are essential components of an equalities agenda.

There is also a need to surface and bring to the attention of the voting public those values that underpin a leftwing, liberal or counter-reactionary agenda. This agenda sets itself against five individualistic notions about human beings: self-interest, bureaucratic imperatives, libertarian impulses, non-reflection (one could also argue that this is counter-educational) and normativity. These value frameworks need to be replaced with some notion of ubuntu. Desmond Tutu (2000) defined ubuntu as referring to ‘gentleness, to compassion, to hospitality, to openness to others, to vulnerability, to be available to others and to know that you are bound up with them in a bundle’. These values have to be converted into policy commitments. The key, then, is to accept that these values are central to understanding how we live and how we should live, and this valuing goes all the way down – into our descriptions of the world, into those attempts we make at creating better futures, and into our relations with other people. We therefore need to work at how we do and can understand the world as it is and as we would want it to be.

All the ideas expressed here are discussed in greater detail in a newly published book by David Scott: Scott, D. (Ed.) (2019). Manifestos, Policies and Practices: An Equalities Agenda. London: University College London, Institute of Education Press. The book has just been published. 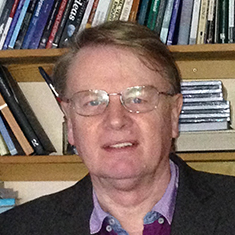 The role of sustainability-focused degrees: Embodying interdisciplinarity & the development of generalism as specialism?