In the aftermath of the EU referendum the BBC has published two graphs revealing the English regions where votes were highest for the leave and remain camps. The region topping the leave vote was Boston. Lambeth topped the vote for remain. The 2011 Census data from these two regions reveals some differences that hint at very different educational experiences of these two populations. In Boston 23% of the population have no qualifications, compared with 11% in the London Borough of Lambeth. The statistics are even more striking at the other end of the qualifications scale. In Boston only 16% of the population have a qualification above level 4. In Lambeth the statistic for these higher level qualifications is 49%. There are similar patterns to Boston in the other regions high on the vote leave list, whereas the highest voting remain regions include Cambridge, Oxford and the City of London, which are regions undeniably associated with higher education. These statistics show that voters in different regions have quite different educational experiences. Educational experiences are likely to influence voters’ views upon many things including Britain’s place in the world.

The evident differences between the educational experiences within these regions are reflected in the educational policies of segregation many educational researchers witness and report upon. Policies for school autonomy such as the Academies programme have made school communities responsible for tactical day to day decisions on the operation of their schools, yet are inadequate for assisting them in developing their own strategic direction and prioritising the needs of their local communities. We’ve witnessed this in Cornwall, where incidentally the vote to leave was 56.5% despite large financial investment from the EU. In Cornwall where the number of academies is twice the national average, many schools have attempted to use national policy change as a means to take control of their own destiny and reconstruct schooling to improve the situation of local children. While the two secondary schools in our study were very keen to use the freedom of the Academies programme to address what they perceived as the disadvantage of their physical location, we found some firmly held beliefs that influenced practices at the schools in ways that were unhelpful to their aims. Some children were identified early on as unlikely to progress to higher education because of the region’s isolation, and what was characterised as these children’s limited horizons. Other children were expected to go on to higher education, and they were also expected to leave the region. Left to their own devices would the schools notice how these beliefs curtail their students’ and local communities’ opportunities and attempt to intervene in the production of unhelpful stereotyping? Possibly, but that seems a risky strategy for addressing disadvantage and the probability will be against recognising this for all children. In my view schools with limited external scrutiny, engagement and guidance within a fragmented schooling sector will not reverse the disparities in educational experiences we see within regions in England. Indeed, they are likely to exacerbate differences. 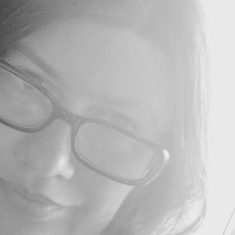 Ruth Boyask lectures on the postgraduate programmes at Plymouth University. She conducts research on educational policy and democracy in education. She is also an elected member of BERA Council. You can follow Ruth on Twitter @RuthBoyask or read her research papers at https://plymouth.academia.edu/RuthBoyask