I remember reflecting on the experience of attending my first BERA annual conference as a doctoral student in 2008. More specifically, I can recall my initial perceptions of the educational research community as being potentially quite exclusive: I wondered whether I would ever be accepted (and whether it would be worth it if I was).

Panning forwards eight years, I presented at a BERA Educational Leadership Special Interest Group (SIG) event in Newcastle. This led to being invited to being part of an early career researcher panel on the theme of methods for researching educational leadership at the 2016 BERA annual conference. With hindsight, I identify the latter as a critical incident (Tripp, 2011), which influenced the acceptance of the first journal article for which I am the lead author. It had been decided to compile a special issue of ‘Management in Education’ from the original event, with the early career event designed to support writing for this publication. The special issue is now close to being handed over to the journal for publication early in 2018. In this blog post, I consider the impact of peer review and my experience of preparing the articles for the special issue on developing my professional practice as an academic.

‘I came to appreciate feelings of inclusion, such as I craved in my early BERA days.’

During the above process I applied for and was elected as one of the BERA Educational Leadership SIG convenors, and became part of the ‘Management in Education’ special issue editorial team. The approach adopted by the team was distributive yet supportive and proved insightful. In terms of processes, I now have a greater practical understanding of writing for a journal. I have personally encountered the required etiquette involved in reviewing special issue papers. This included the realisation that we need to consider an authors’ reactions to our feedback and prepare responses that motivate and encourage them to revise and resubmit their work. For my own paper, I came to appreciate feelings of inclusion, such as I craved in my early BERA days. The result is that I have a growing sense of belonging in a community, which once felt alien to me.

Findings from a search of empirical literature support my exploration of and reflections upon these experiences. Although well documented, but not without critique, the notion of ‘legitimate peripheral participation’ which falls within Lave and Wenger’s (1991) ‘communities of practice’, provides a structure for my personal and professional development. ‘Legitimate peripheral participation’ describes how newcomers become experienced members of a sphere of practice. By participating in the relatively simple and low-risk task of peer review, I felt that I had a productive role to play in the goals of the ‘Management in Education’ special issue editorial team. Going further, Lundstrom and Baker (2009) explore the role of peer review in relation to expanding an individual’s ‘zone of proximal development’ (Vygotsky, 1986) by developing critical evaluation skills to influence the quality of their own writing. Akkerman and Bakker (2011) consider the notion of boundaries; ‘boundary crossing’ and ‘boundary objects’. It would seem, then, that there are a range of social forces at work in the context of paper writing and peer review.

Harris (1989) elaborates on this in his article on the idea of community in the study of writing. His concern is the manner in which students, or in my case, an early career researcher, cross the border from one community (inhabited by students) to another (inhabited by academics). For Harris, if the student is to enter the academic community, they must become accustomed to and reconciled with that community’s way of doing things. This perspective forces a return to the work of Wenger (1998), whose later writing introduced the notion of ‘duality’: the tension between two opposing forces which become a driving force for change.

By endeavouring to cross the border into the academic community, I wonder whether I will need to forego any of my ‘self’ to become a new member? Will I be required to become socialized to the community’s ways and replicate its norms in order to become accepted? An early response to my own questions lie in the nature of the fledgling relationships as part of the peer review exercise for ‘Management in Education’. These relationships are not homogenous. Indeed, they differ in their dynamism. That is, they vary according to how individuals apply concepts of power and control, and in turn, how they allow me to innovate and mark my contribution. 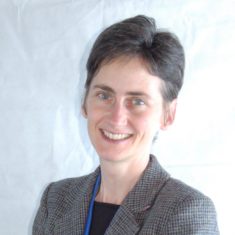 An opportunity for change?

The ethics of educational leadership research

Vivienne Baumfield to be next BERA President