Globalisation has impacted education increasingly in recent years (Townsend, 2011) and internationalisation has been used within higher education as a concept to explore this (Luginbühl (2011). Universities everywhere have adopted internationalisation policies (Knight, 2012), with, for example, the University of Dundee’s policy being, “bringing the world to Dundee and Dundee to the world”.

curricula which require our pupils to be global citizens with intercultural awareness, and teachers working in multicultural environments

Initial Teacher Education (ITE), within higher education, is relatively new to the field of internationalisation (Luginbühl, 2011). For ITE, there is the added layer that our student teachers, themselves learning about aspects of intercultural awareness, have to become sophisticated in aspects of “global competency and intercultural intelligence” (Stewart, 2008, cited in Jaritz, 2011, p. 7), so that they might embed  the same skills and attributes in their pupils. This is set against a backdrop of curricula which require our pupils to be global citizens with intercultural awareness, and teachers working in multicultural environments. Moreover, teacher supply and demand, coupled with the desire of many working teachers to spend some time abroad, mean that some teachers may spend at least part of their career outside their country of origin.

Universities have many responses to the internationalisation agenda, the most obvious being to focus on international student recruitment which, in addition to enhancing the multicultural profile of a campus, brings in high international fees. The approach taken by ITE in Dundee attempts to promote international-mindedness in our home students by bringing a global dimension to our undergraduate honours programme in primary education.

Following the major review of Scottish teacher education (Donaldson, 2011), ITE programmes, while still maintaining focus on important aspects of pedagogy, were developed to broaden students’ horizons beyond the four walls of the Scottish primary classroom. Learning about other systems and international educational is also a professional requirement of the Scottish Standards for Registration (GTCS, 2012). At Dundee University, we decided to offer our undergraduate students a pathway to study towards the International Baccalaureate’s Certificate in Teaching and Learning (Primary Years Programme) and were accredited for this in March 2015. Part of the Pathway involves students spending a six week placement in an IB school. Due to the low number of IB schools in the UK, combined with Scotland’s location in relation to them (only one IB school in Scotland), this has inevitably meant that the majority of our students will travel abroad for their IB Practicum.

Our first eligible student cohort (consisting of sixty-five students) started in September 2015 and twelve students elected to follow the IB Pathway. The choice for some was constrained by the extra costs of having to study abroad for placement, even with Erasmus+ funding for those placed in the EU. A small-scale qualitative study was undertaken in March 2016, before they had really begun to study the IB in detail, to establish their motivations for joining the IB Pathway.

Seven students took part in a semi-structured focus group with the remaining five, who could not attend, being asked to complete corresponding questionnaires. All participants were British. (10 Scottish; 1 Northern Irish; 1 English) All bar one were aged 18-20. One participant was in her late twenties and had a child. Three participants had requested to stay in Scotland for their IB Practicum and nine participants wished to study abroad.

The finding of the study indicated that all students found learning about other cultures important and stated that they had not previously had much opportunity to do so. They wished to experience the “true” cultures of other countries, going “beyond the tourist resorts”. Overall, they key benefits of studying the IB Pathway matched closely those of the OECD (2013, p.1) and were identified as: the opportunity to increase their pedagogic knowledge base, their intercultural understanding, and their independence and confidence. A key theme was also that they would be seen as more employable, with the IB Pathway opening doors, giving them an additional qualification and demonstrating their mobility.

Our first cohort of IB Pathway students embark on their IB Practicum placements in March 2017 and are travelling to Vancouver, the Gold Coast, Germany, Slovenia, Dubai, New Zealand as well as our local IB school. Their development as they proceed through their next phase of engagement will be closely monitored to analyse whether the IB Pathway will deliver the perceived benefits. 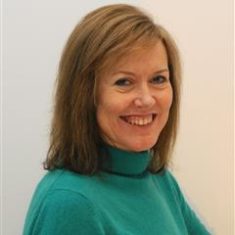 Carrie qualified and worked in Scotland as a French and German teacher and now works as a Lecturer in Education in the School of Education & Social Work in the University of Dundee where she has been since 2008. Carrie is currently Programme Director for the undergraduate MA (Hons) Education in primary teaching.

Why we need our world history teacher to be a Martian