Following the work of colleagues at Teesside who contributed to the REF submission (ranked 13th out of 62 for research outputs with 85% achieving a 3*/4* rating and 100% of impact judged to be 3*/4*), I flew to Bremen with mounting excitement! I knew I would enjoy meeting their postgraduate research tutor, their research staff and students, in view of how much I enjoy this corresponding role at Teesside. Our University Social Futures Research Institute seminars provided me with background information about the consequences of the 2011 child poverty strategy in England. This social policy strategy appears to be a reinvention of previous attempts to include as many individuals as possible within the methodologically mercurial term ‘social capital’ (Bagley and Ackerley 2006). Social capital can be summarized as being ‘the institutions and relationships of a thriving civil society’ (Gerwirtz, Dickson, Power, Halpin, and Whitty 2005, 654). The consequence appears to be an ineffectual attempt to improve awareness of the causes and educational consequences of child poverty (Simpson 2013).

With the autumn sun softening the sombre grey concrete of the campus at Jacobs University, Bremen, my knowledge from Teesside was enriched by my European academic colleagues. The international perspectives presented at the conference reinforced the argument that inequalities in education are critically determined by levels of governance (Hall and Soskice 2001). Drawing on the difference between ‘liberal’ and ‘coordinated’ economies, clear contrasts were identified between European Union countries and varying levels of literacy. Knauber, Weiss, and SchÖman (2015) revealed that those countries they defined as ‘having ‘liberal economies’ (England, Denmark and France) fared less well in terms of literacy levels than those countries with more ‘coordinated economies’ (Austria, Finland and The Netherlands). This is due to the possibility of having ‘higher coordination of strategic interventions’ in countries that do not have liberal economies. The research reinforced the argument that convergence to an Anglo-American model of economy actually reinforces educational disadvantage (Hall and Soskice 2001).

Knauber, Weiss, and SchÖman (2015) exploited the OECD (Organisation for Economic Cooperation and Development) 2013 data to reveal the differing levels of literacy between countries in the European Union. Basing their presentation on ‘big data’ and ‘inductive reflections’ (through a mixed methods approach) Knauber, Weiss, and SchÖman (2015) outlined that contrasting structures of governance do appear to influence attainments in literacy. The conference revealed 2 significant findings:

My own research in this area is based on exploring ‘transformative education’ (in other words the potential for education to transform individuals and their circumstances). The convincing research of Knauber, Weiss, and SchÖman (2015) reveals that the capacity of education to be transformative is influenced by economic structures and their reinforcement by policy-makers. Following the keynote presentation by Professor Jane Gingrich it was observed that ‘liberal governance’ is now ‘neoliberal governance’ in EU countries like England. There are direct interventions by governments to enable education to be influenced by market forces (evidenced in England with Academy Schools). The findings from the Bremen International Graduate School of Social Science conference of 2015 reveal that the transformative power of education is shaped by economic forces. Levels of literacy improve within economies that are ‘coordinated’. They deteriorate within ‘liberal’ economies (Knauber, Weiss, and SchÖman 2015). No matter how ‘outstanding’ or otherwise our pedagogy is in literacy, achievements are ultimately linked to economic structures. A science that has been critiqued as ‘dismal’ appears to be of critical importance in understanding achievements in literacy at national and international levels. 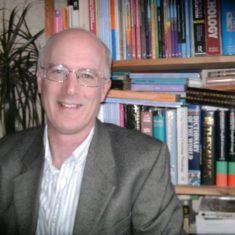