Chinese students were reported to have relatively low science aspirations, which contrasts with their outstanding attainment in international student assessment (OECD, 2019). Meanwhile, a bigger gap in educational resources between advantaged and disadvantaged schools was found in China compared with OECD countries (OECD, 2019). However, the connection between Chinese students’ science aspirations and their social background is not clear. Most disadvantaged schools in China are in rural areas. The urban–rural divide in China is a key context widely used in Chinese policies and literature, but it is merely discussed in English literature (Chan & Wei, 2019). The gap between rural China and urban China includes not only economic aspects but also political and societal aspects, which means rural students are more likely to come from a disadvantaged background in comparison with their peers living in urban areas. Hence, understanding what is happening to Chinese rural students is essential in researching the big picture of Chinese education. In this blog post, I will share some preliminary findings from my PhD work, which attempts to understand the urban–rural divide in Chinese students’ science aspirations through science capital.

‘The gap between rural China and urban China includes not only economic aspects but also political and societal aspects, which means rural students are more likely to come from a disadvantaged background in comparison with their peers living in urban areas.’

Science capital is a theoretical framework developed from a longitudinal research project (ASPIRES) on UK students’ science aspirations (Archer et al., 2013). Based on a survey that included over 19,000 UK students and 148 interviews with students and parents, the ASPIRES team found that pupils’ science aspirations had a strong correlation with their families’ cultural capital, especially science-related resources (DeWitt et al., 2013). In order to clarify these resources, Bourdieu’s (1986) social reproduction theory was extended to ‘science capital’ as ‘a conceptual device for collating various types of economic, social and cultural capital that specifically relate to science’ (Archer et al., 2015).

My PhD thesis adopts a mixed-method approach to explore students’ aspirations and engagement with science in the context of mainland China. By analysing data collected from a large-scale survey (n = 992) and semi-structured interviews (n = 23), I attempt to determine the validity of the science capital concept in the Chinese context. My survey participants are 15-year-old students from four schools: one metropolitan private-funded school (most privileged group), one urban public-funded school (mid-income group) and two rural public-funded schools (unprivileged group).

Additionally, Pearson correlation tests also show that Chinese rural students’ science-related career aspirations are more likely to correlate with school science (for example, attitude towards school science, relationship with science teachers, and so on) in comparison with urban students. Further interviews with students also reveal that school science is the major source to acquire science capital for unprivileged rural students. Hence, the phenomenon makes me see the potential impact of the science capital teaching approach on seeking social equity for Chinese rural students, which UK teachers have approved as an efficient tool (Godec & Nag Chowdhuri, 2021).

Beyond the urban–rural divide in Chinese students’ science aspirations, my PhD thesis also explores other social inequality dimensions in science education (that is, gender and Covid-19 impact). Additionally, international comparison between the UK and China is fully discussed in my research. This thesis will contribute to the science capital framework from a cross-cultural perception. 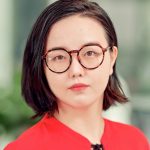 All from this series
Being a member of an academic community: A key factor in enhancing doctoral students’ academic writing