The World Wide Web has changed how we do everything forever.

We can literally find out anything we want thanks to Google and numerous other search engines competing for our attention. You can buy books without ever needing to step inside a bookshop. Book a holiday without walking into a travel agent thanks to comparison websites. Bank without going to a bank courtesy of online banking. Students can even study without entering a classroom – thanks to innovative initiatives like Self-Organised Learning Environments (SOLE)!

While we have readily embraced the first three examples with hardly a murmur of dissent, the fourth has caused a lot of soul searching from a fair few educationalists.

The reason for expressing their disapproval? The creator and champion of the SOLE approach had the temerity to suggest that in future teachers (later self-corrected to teaching) would be redundant.

While they were taking the big walk, 3,000 miles away Arun Chavan was embarking on his third year of a PhD in Evolutionary Biology at Yale, USA. No big deal apart from the fact that Arun was one of the original ‘SOLE’ children. As a young 12 year old child Arun taught himself how to use Mitra’s ‘hole in the wall’ computer in a coastal village in India at the turn of the century. “SOLE gives you the opportunity to communicate with people outside of your village who see the world in a different light than you”, Arun explained recently on the School in the Cloud blog. Encountering SOLE, coupled with the support of his parents and the educated adults they mixed with, made a big difference in fostering his love of learning.

Who is right and who is wrong? The indignant teachers or the ‘hole in the wall’ professor who leads SOLE Central in Newcastle, a team dedicated to bringing together researchers, practitioners, policy makers and entrepreneurs to expand upon his original research.

You can decide for yourself and get your chance to add to the debate at BERA in September when practitioners and researchers from SOLE Central will be initiating an audience-led exploration of the so-called technology-pedagogy divide. The debate takes place during our Innovation Session entitled ‘Getting down with the kids: A Self-Organised Conference Session’ (Thursday 17th September, 14.30 – 16.00). Run as a SOLE with a Big Question concerning the interface between technology and pedagogy, you can even participate in advance by selecting your own Big Question to be debated in the lead up to BERA2015 via Twitter with the hashtag #BigQuestionBERA.

And there are plenty of questions to focus our minds and challenge our perceptions.

For instance, one or two comments have been made that research around SOLE has been empirically weak. What is at the origin of such remarks? Perhaps by this they mean SOLE-based research should be focusing on attainment and testing the outcomes of SOLE-based learning? If so, what should be assessed and how do we define the criteria?

Sugata has spoken on numerous occasions about the science behind SOLE. He says this is based on the notion of a self-organising system, “a concept that comes out of maths and physics which is that if you allow a system to be chaotic then, under certain circumstances, you get spontaneous order” (School in the Cloud, May 2015).

From a SOLE Central perspective, one of the problems with researching a self-organising system is that it doesn’t actually exist in a state that can be ‘empirically’ probed. This becomes clearer by comparing the self-organising system of a SOLE to the study of systems in the field quantum mechanics, where an unresolved problem in the nature of measurement is that it is impossible to measure a system without disturbing it, and even when disturbed, it is hard to locate the point at which this occurs.

One of the questions we want to focus on is why it is important to measure a self-organising system like a SOLE?

From my own personal point of view, I am keen to use SOLE as a basis to probe the role of technology in education and learning to engage in deeper discussions about the pedagogical implications of digital technology.

After all, the role of technology within SOLE is part of the complex self-organising system made up of a number of properties which control the environment, but where neither one controls the other. This blurring of boundaries and chaotic tone puts a premise on the technology pedagogy divide. At the very least then for educational researchers, a global phenomenon like SOLE can provide a basis for the kinds of dialogue so desperately needed to avoid the ‘dire consequences’ of what as Brubaker recently warned via this blog, could be a full-blown global ‘pedagogical meltdown’.

You’ll have your own challenges you want to interrogate at the session so don’t hold back. You can start engaging now. Like we said earlier, you can tweet your own BIG question too with the hashtag #BigQuestionBERA. 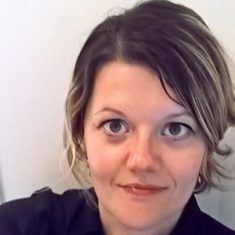 Dr Anne Preston is currently a Research Fellow at SOLE Central, Newcastle University. Her research develops and extends both intellectual understandings and practical applications in the field of Self Organised Learning Environments through collaborations with researchers, practitioners and community organisations in in- and outside School, Higher Education, Adult and Work-place learning. She has a particular interest in ethnomethodological approaches to understanding the role of learning technologies in everyday life as well as empirically-driven research methodologies to enable more open, inclusive and democratic ways of designing for and representing people’s experiences with new technologies in education. Also at Newcastle, Anne played a leading role in the development of LanCook, the world’s first Internet of Things-based kitchen environment for language learning and cooking.